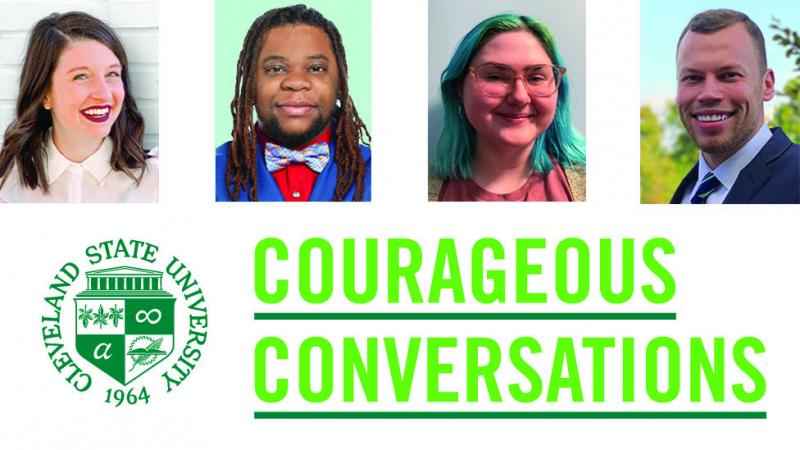 LGBTQ+ job candidates should look past the Corporate Quality Index

The Courageous Conversations Speaker Series advised LGBTQ+ CSU students on ways to push through hardships awaiting them in the job market.
By DANIEL NEWMAN

The Courageous Conversations speaker series at its latest event pitched important information about finding the right job as an LGBTQ+ student.

During the Zoom chat, the speakers promoted positive ways for LGBTQ+ students to feel more comfortable, not only around others, but also with the idea of being themselves.

Many participants spoke about what they’ve seen and experienced as an “outsider.”

For LBGTQ+ students, life navigating a cisheteronormative world is not easy. The National Gay and Lesbian Task Force (NGLTF) found in 2002 that 20% of college students feared for their safety because of their sexual orientation.

As much of the conversation turned on the way corporate employers handle LGBTQ+ applicants, Avery Dennison DE&I Marketing Leader Nolan Andersky told attendees to look beyond the superficial..

“It is not hard to get a 100 on the Corporate Quality Index,” Andersky said. “A lot of organizations tout how supportive they are of the queer community.”

The Corporate Quality Index is designed to measure a company's tolerance, values and support for human rights.

“Find your fit, because your first job likely won’t be your last,” Andersky said. “Know that there are places that you can feel safe and [where] you can feel that being queer is not only welcomed, but aslo celebrated.”

Sam Miller, a CSU student, also gave input to this part of the conversation from her perspective.

“We talk about the ‘“pride washing”’ or ‘“rainbow washing of”’ organizations when it comes around to June,” Miller said as she entered the talk. “You know, they’ve got t-shirts, but then they don’t have the policy to back it up… I think it’s so important to ask people.”

The group agreed that one specific step worth taking for LGBTQ+ job seekers, before committing to a company, would be to get to know one specific administrator who may be able to guide young employees.

Doing this, or even speaking directly to an LGBTQ+ employee who already works for a specific company of interest, could go a long way for anyone looking for work after college.

Some of the other topics addressed included public inclusion and the fear of “coming out.”

Gio Santiago, Founder of META Center Inc., addressed a question from the audience about the likelihood of the LGBTQ+ community becoming a norm in society one day.

As for students here at CSU who will be opening the doors to their life-long careers soon, look for a friend in each of these speakers if ever needed, as they’ve offered their help at no cost.