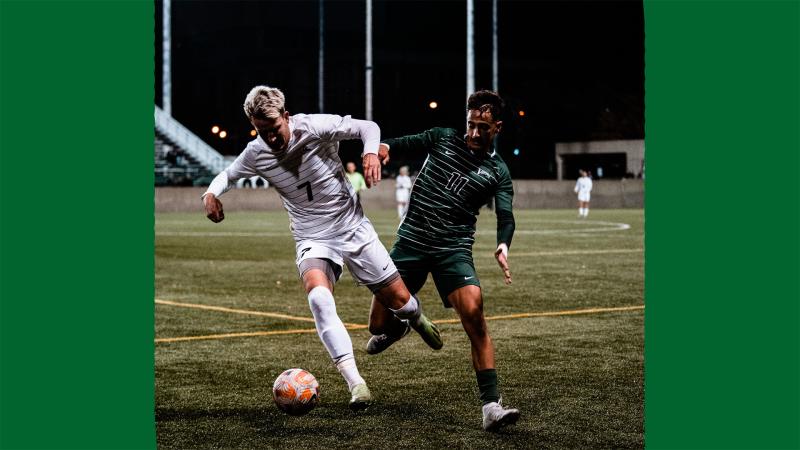 The tie gave the Vikings a 9-3-4 record and maintained their first place standing in the Horizon League.
By JACK GILLESPIE

Cleveland State University’s men’s soccer team went blow for blow in a 2-2 draw with Wright State in their senior night matchup on Saturday. It was the Vikings’ fourth tie of the year and their second in Horizon League play.

Cleveland State was the first to find the back of the net on two penalty kicks off the foot of senior Albert Portas before the 40th minute. Wright State’s Reece Allbaugh would respond two minutes later with a goal off a through ball.

Wright State tied the match 2-2 in the 59th minute on a Joe Kouadio shot from the top of the box. This was the final score as both teams were shut out for the remainder of the match.

The Vikings held a 14-10 advantage in shots attempted with Jannis Schmidt and Bojan Kolevski leading the team with four shots each. Senior goal keeper Omeed Naeemy had two saves in the effort.

The Vikings will look to conclude their regular season with a win when they host Green Bay in a Horizon League matchup on Wednesday, Nov. 2.