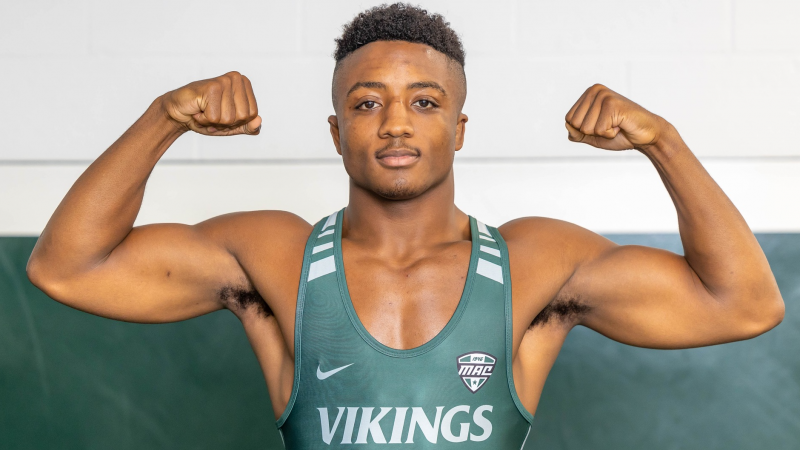 Credit: CSU Athletics Department
Redshirt sophomore Marcus Robinson has a 3-1 record so far in the 2021-22 campaign.

The CSU wrestling team has had a solid start to its 2021-22 season, going 2-2 in four matchups. The Vikings opened with a 2-1 record in their 3-match series at Rutgers, but fell in their home opener to No. 21 Purdue University.

Familiar faces are anchoring Cleveland State, which the Mid-American Conference ranked second in the 2021-22 preseason with 96.5 points. 10 Vikings were ranked:

With the 2021-22 season underway, Smucker holds the best overall record at 3-0 with all of his victories coming by way of dual matchups, with two regular decisions and one by majority. Also notable are Robinson (3-1) and Nassar (3-1).

The fastest fall belongs to redshirt freshman Gabe Phillips, who pinned his opponent just 1:34 into his matchup at 174 pounds when the Vikings took on New Jersey City University in Piscataway, Nov. 7. The Vikings defeated NJCU, 45-6, for their best win of the season to date.

The Green and White return to the mat Saturday, Dec. 11 when the Vikings host the CSU Open.