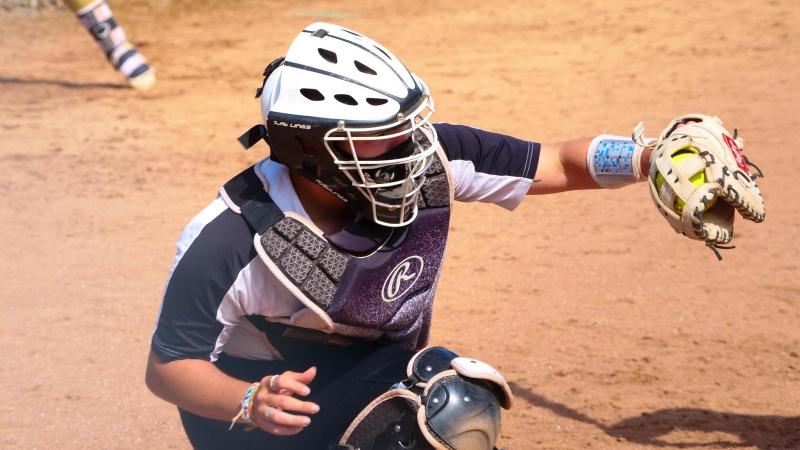 CSU softball drops a pair of doubleheaders to Oakland

The Vikings dropped a set of doubleheaders on the road against the Oakland Golden Grizzlies on Friday and Saturday, falling to 9-23 overall for the season.
By ABRAHAM FARRAJ

The Vikings jumped out to an early 1-0 lead in the top of the second inning as sophomore Kaelin Ettinger singled through the left side of the infield, scoring Alexa Sieger, who led off the inning with a double to left center.

The Golden Grizzlies responded in the bottom of the third inning, scoring four runs to take a 4-1 lead. Neither team crossed home plate again for the remainder of the game, with the final score 4-1 to Oakland in the two-day series opener.

Hanna Griffin was on the bump, pitching 6.0 innings, allowing four runs on seven hits, while punching out two, receiving the loss.

As in the first game, Cleveland State got off to an early lead, scoring two runs at the top of the first inning.

Freshman Kiera Frascone reached first base on an error before swiping second, recording a stolen base. With one out and Frascone on second base, Sydney Bajusz drove a ball over the left center field wall, her 6th home run of the season, to give the Vikes a 2-0 advantage heading into the bottom of the inning.

Oakland responded with a three-run inning of its own to hold a 3-2 lead heading into the second inning of action.

Oakland scored three runs in the opening inning, but the Vikings were able to stay within striking distance until a four-run fifth frame by the Grizzlies put the game out of reach.

Cleveland State cut the deficit to 3-1 in the third inning. Ettinger recorded a leadoff single before moving to second on Jenna Deang's sacrifice bunt and advancing to third on a groundout by Frascone. Ettinger came around to score on Packish's single to left field.

Griffin entered the circle with one out in the opening inning and limited the damage, retiring the next five batters she faced. Griffin went on to finish the game for Cleveland State and was charged with five runs on 10 hits across 5.2 innings of work.

Frascone swiped her team-leading 13th stolen base of the campaign after notching an infield single to open the game. Deang went 2-2, picking up her third multi-hit game of the season.

Oakland had a chance for another multi-run lead in the first inning in the second contest, but Fernette almost single-handedly limited the damage to 1-0, gunning down a pair of base-stealers. Fernette became the ninth Viking to notch multiple caught stealings in a game, while becoming the current #HLSB leader with seven runners caught stealing on the year.

The Golden Grizzlies stretched their lead to 2-0 in the third before adding four more on a grand slam in the fifth and tacking on another run in the sixth for a commanding 7-0 lead.

The first two Vikings reached base in the seventh inning when Valeri Broschk singled and Katie Holmes drew her second walk of the game. Mackenzie Tucker hit a two-out single to right center to score Broschk and break Oakland's bid for a shutout. On the next at-bat, Holmes scored on a wild pitch while Tucker was thrown out trying to advance from first to third on the play.

Tucker went 2-4 with an RBI while Holmes reached base twice and scored a run in her first game of action since a season-opening series against Bowling Green on Feb. 13.

The Vikings will close their eight-game road trip over the weekend with a four-game set against UIC. First pitch on Friday, April 16 is slated for noon.