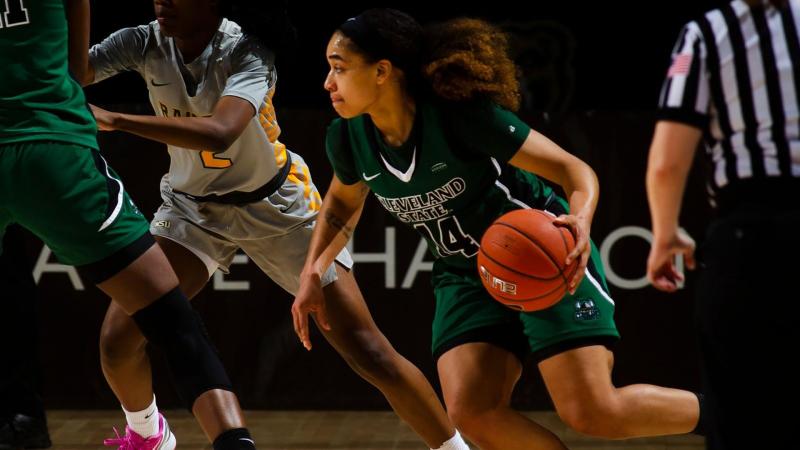 The Cleveland State women’s basketball team fell to Wright State 73-62 in the Horizon League semifinal on March 8. But the scoreline did not tell the story of the match, with the Vikings holding their own for much of the game.

After a tough first half, the Vikings trailed by just 2 points midway with the score at 37-35.

After the break, Cleveland State then evened the score on Taylah Levy's two free throws before Wright State again extended the advantage on their next possession.

The Vikings responded with a layup from Mariah White, making it 39-39 early into the third quarter.

The Raiders then went on an 8-2 run before a Destiny Leo jumper at the 6:19 mark stopped the WSU run and pulled the Vikings within four at 47-43.

The Vikings then fought to close that gap, tieing the score at 49-49 on an Isabelle Gradwell layup.

Closing out the quarter, the Raiders showed why they were the top seed in the tournament, reeling off 10 points to CSU's 4 and going into the final quarter up 59-53.

Wright State maintained their momentum in the final quarter, pulling away to win 73-62.

Despite the loss, the Vikings reached the Horizon League semifinal for the second consecutive year. They finished their season with an 11-9 record.