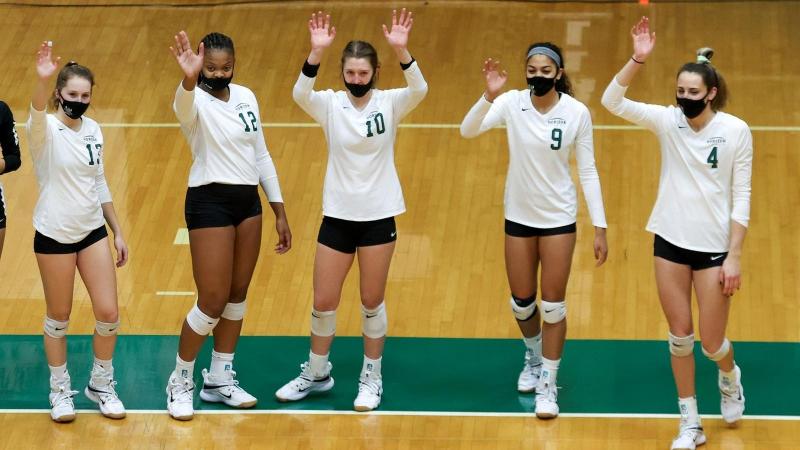 Cleveland State volleyball swept Oakland in a Horizon League matchup at the Wolstein Center on Monday night, only to be swept in the next matchup by the Golden Grizzlies on Tuesday.

The Vikings are now 4-4 overall and 4-4 in Horizon league play. They have recorded three sweeps this season. Oakland is 3-3 overall with a 3-3 Horizon League record.

Hannah Greene led the way for the Vikings with a team-high 13 kills while London Portis chipped in 10.

After sweeping the Golden Grizzlies on Monday night, the Vikings got a taste of their own medicine with a tough first two sets and a closing set that went down to the wire. The result was a 18-25, 14-25, 24-26 loss.

Greene once again led the Vikings, this time with 12 kills. Portis supported nicely with six kills. It was Greene’s fifth straight match with double-digit kills.

Miller set up nicely with 25 assists to help bolster the Vikings front line attack. But the Green and White was stymied with eight blocks, including seven from Oakland’s Kerra Cornist.

DeGeorge, Kucia and Lindsey Tout all combined for 26 digs on the evening for the Vikings. DeGeorge now has 66 double-digit dig matches in her career.

Cleveland State was held to just four service aces in the match.

The Vikings next travel to Purdue Fort Wayne to take on the Mastodons for a two-match series Feb. 22-23.