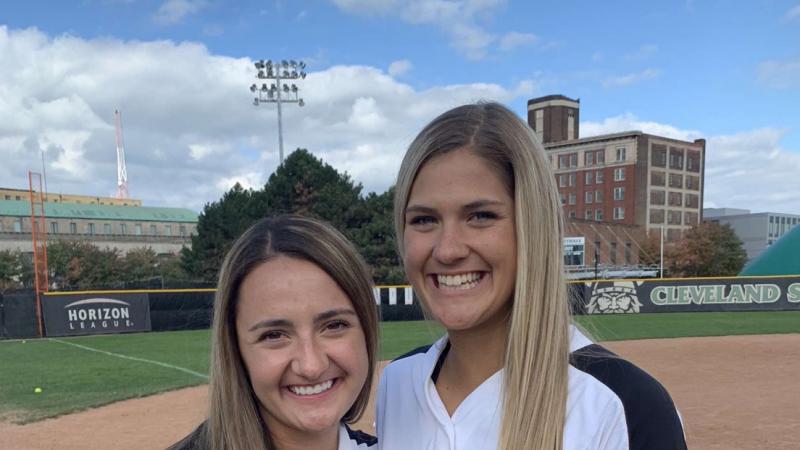 Spring sports came to a sudden end over spring break because of the Coronavirus pandemic. The Horizon League and Cleveland State have cancelled all athletics indefinitely for the rest of the academic year.

Cleveland State teams impacted by this sudden news were softball, men’s and women's golf, and men’s tennis. All teams were away in different states during break, when they were told to return to campus.

Cleveland State was not the only university affected by the news. The entire NCAA felt the effects, including March Madness, the Frozen Four in hockey, and both the Women’s college softball World Series, and the college baseball World Series.

Spring athletes are not able to finish out their season due to the unfortunate circumstances, including sophomore softball Player Lindsay Ward.

Ward, who is a redshirt sophomore, is very upset about the way her and her team’s season has ended.  She called the way the season ended an absolute nightmare.

“(For) a student athlete this has been an absolute nightmare,” she said. “ Our team has put countless hours into practicing since our season ended last May, and we were just starting to get the results we’ve earned,”

With the early end to the season, the spring sports teams have more time on their hands then normal. While it might not be all doom and gloom, Ward said having this time can actually help in some aspects.

“We were in the thick of our season, so between games and school we had a lot to juggle,” she said. “But now the season is over, we are finding ourselves with too much time on our hands. From here I can work out at home, train like we did in the summer and complete our online schoolwork. But the change of pace has been extremely hard to adapt to.”

With the shutdown of the spring sports the seniors on each team have played their last time as a Viking. Which just a few days ago, the NCAA granted the seniors their extra year of eligibility if they want it.

Ward is witnessing this with her sister Hallie who is a senior on the softball team. She says it's hard seeing this cancellation happen to her sister.

“I can’t put into words what it feels like to see my sisters senior season stripped from her,” she said. We grew up training, practicing, and playing together, so I have seen all the blood, sweat, and tears she has put into the game her whole life.”

While it is still hard to digest all of this from the athlete’s point of view. Ward says she fully understands the situation and how important everyone's health is.

“Our team fully understands the situation and how important our nation's health is,” she said. “But it does not mean our team is upset: our team chemistry is the strongest it’s been since I've been here at CSU. We played each game for each other and developed so much as a team these past few weeks of playing.”