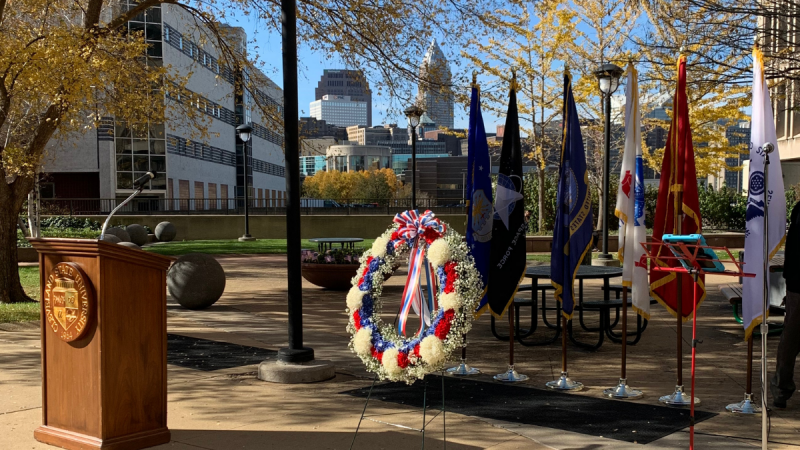 Cleveland State University held its annual Veteran’s Day Ceremony on Nov. 10 to honor veterans of the Cleveland State community who served their country.
By ANNA MELINYSHYN

Veteran's Day in the U.S. is held on the day World War I ended in 1918. This year's event began with the singing of the National Anthem.

Dr. Phillip "Flap" Cockrell, the vice president for Campus Engagement opened proceedings by welcoming those in attendance and introducing the featured guests.

“We pause today to honor the sacrifice dedication to our CSU veterans and veterans across the country,” Dr. Cockrell said. “To our over 400 veterans who are students at CSU and served our country proudly, Cleveland State University extends our appreciation and thanks to you.” 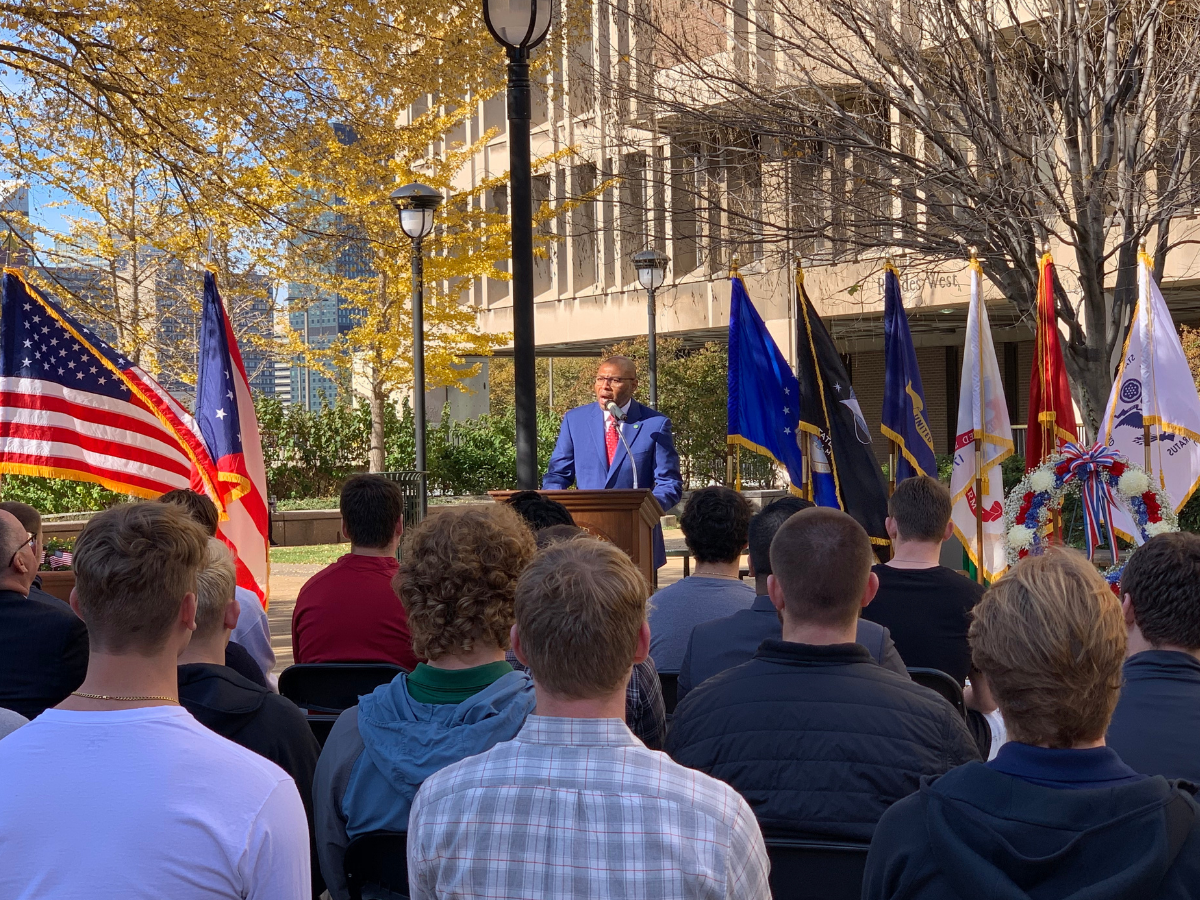 Major General John C. Harris, Jr. began by sharing sentiments on the importance of Veteran's Day and bringing veterans together.

“We as Ohioans have a reputation for being incredibly patriotic and for having a high propensity to serve,” Maj. Gen. Harris said, adding that Ohio has the sixth largest veteran population in the country.

He also highlighted the success of the mass vaccination clinic at the Wolstein Center and recognized CSU President Harlan Sands’ leadership for the center. 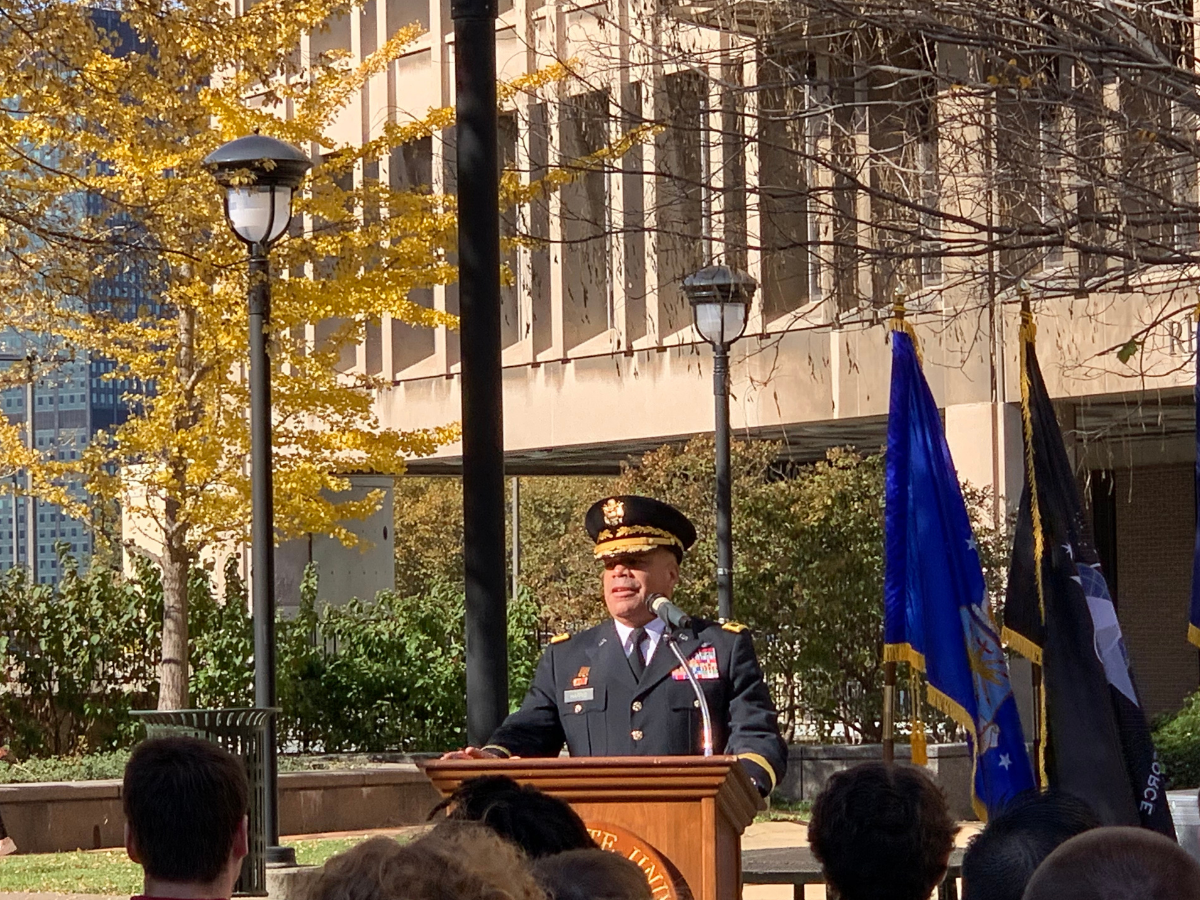 President Sands, himself a Navy veteran, dedicated the wreath in honor of the veterans of the CSU community who served their country.

“This one’s personal to me,” Sands said. “It is important that we, as an educational institution, recognize all those that have contributed to our university, especially those who have served.” 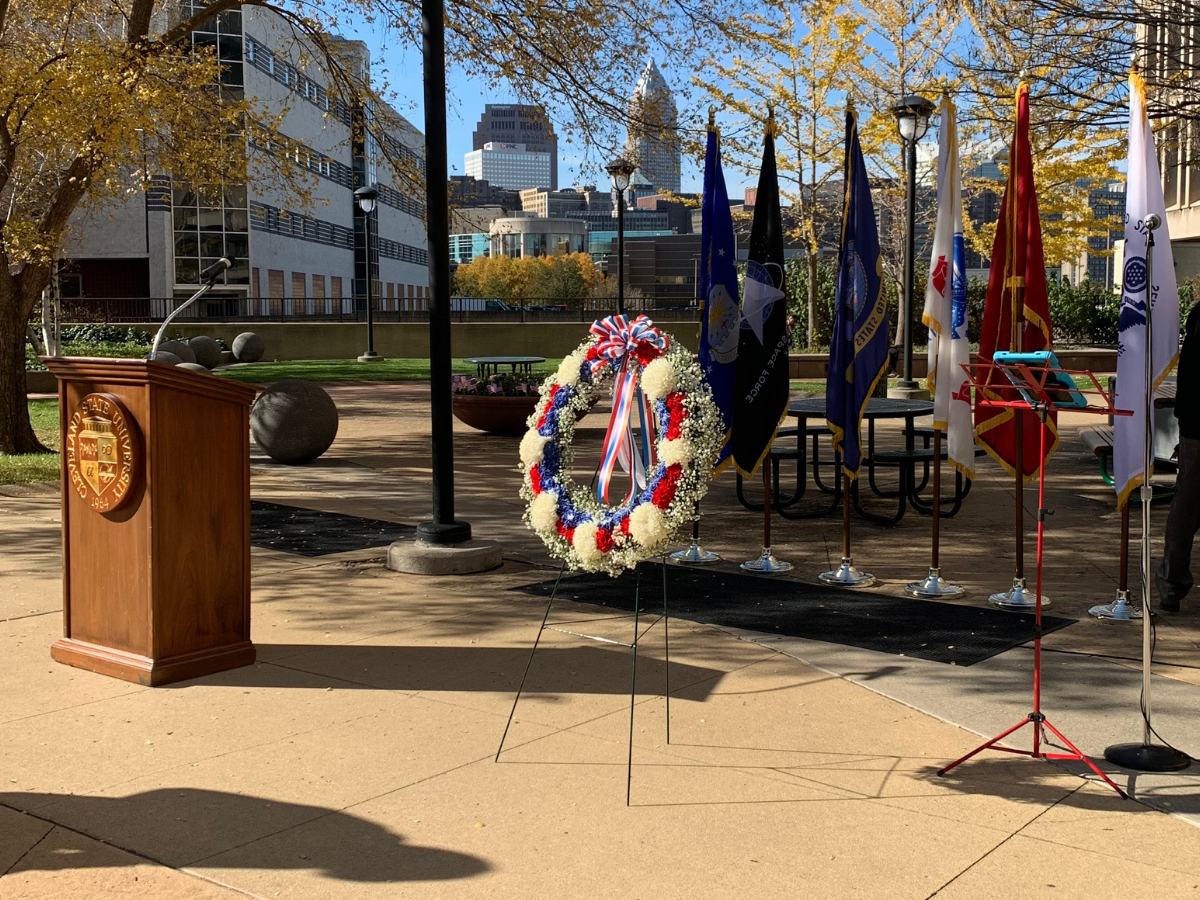 Caption: Cleveland State honored its veterans with a wreath.

Kenneth Dugger, a CSU student and U.S. Army Veteran, gave the concluding remarks, sharing a glimpse of his time in Afghanistan.

Dugger told a story about helping a wounded young girl who needed stitches, knowing the procedure might be painful.

“Take a breath, Doc. You’ve got this, it’s too easy,” one of Dugger’s colleagues said. Dugger was also the medic who later removed her stitches. She gave him “the biggest best smile I’ve ever seen in my life,” Dugger said, a smile that has stayed with him to this day. 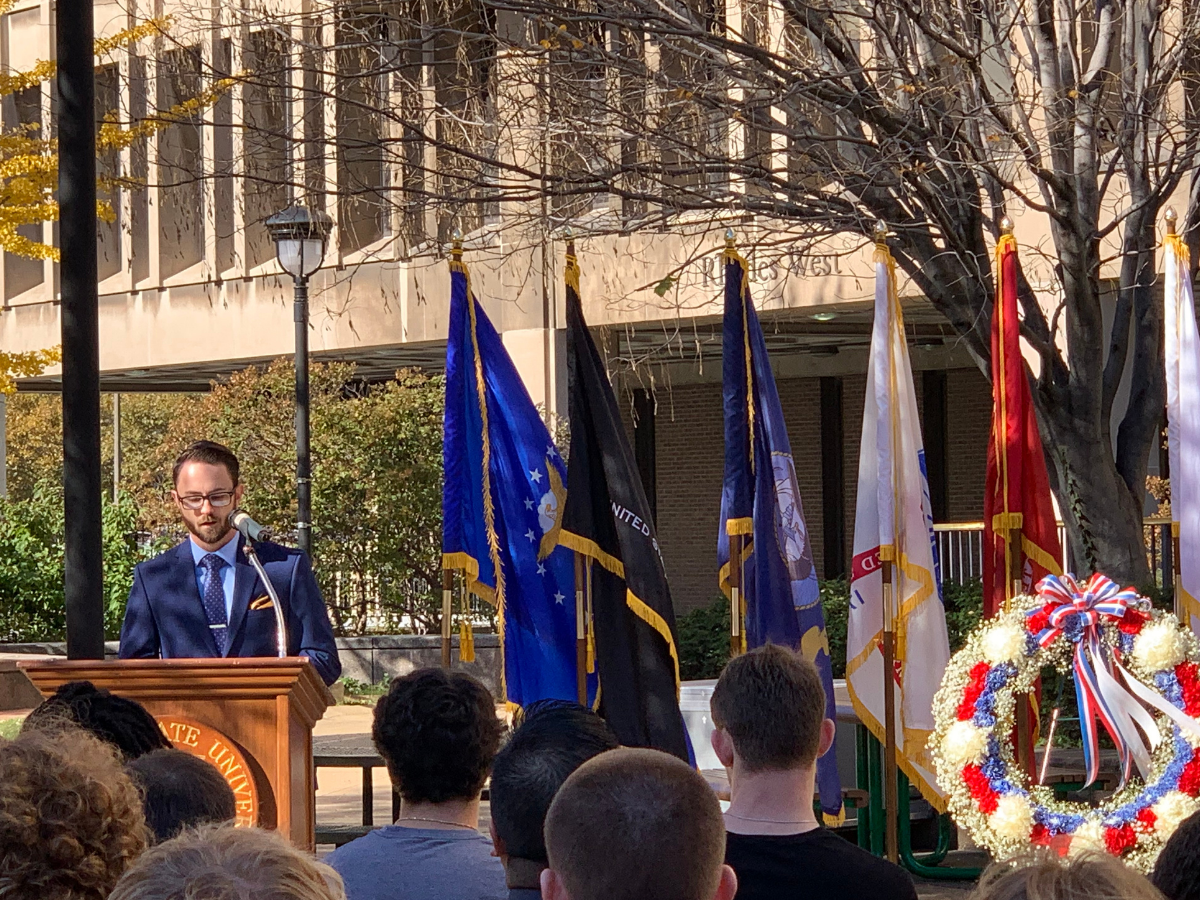 Members of the Cleveland State University ROTC Color Guard were also present and took part in the ceremony.

The university was closed on Thursday, Nov. 11 in honor of Veteran's Day.