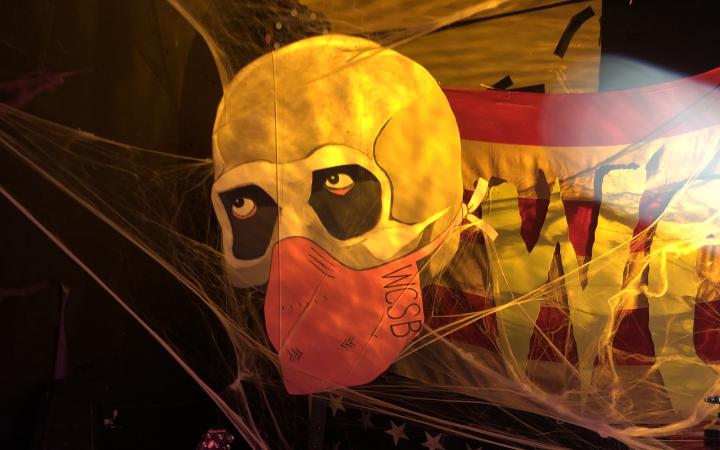 WCSB, Cleveland State University’s student-run radio station hosted their annual Halloween ball this Oct. 31. This year the Halloween ball, which is typically held as a free live concert at one venue was held virtually at seven different venues with nine performances.
Image 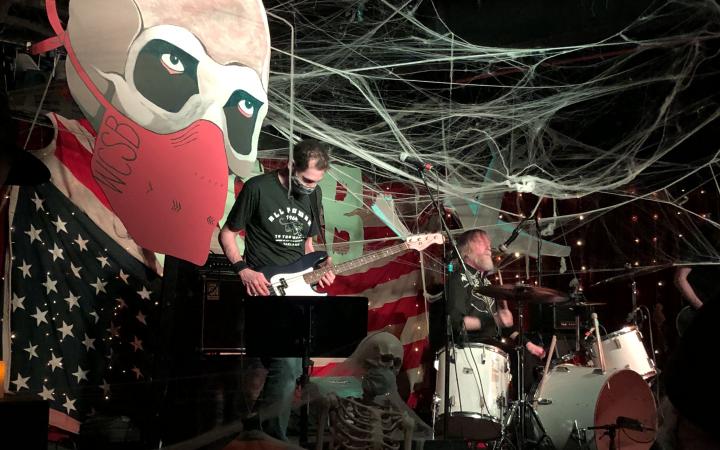 The set design was carefully selected to represent the state of the Cleveland arts community and the country.
Image 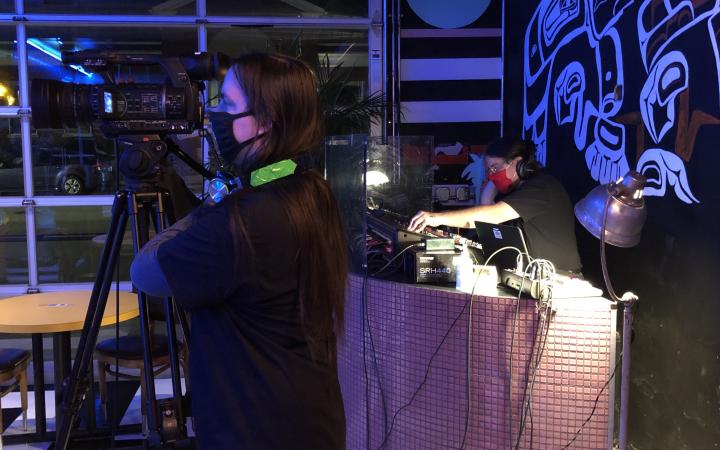 WCSB was able to put the visual element of the Halloween ball together with the help of students from the department of Film and Media Arts. CSU film student, Greg Fink, worked the camera at the recording of Factual Brains at Mahall’s 20 Lanes.
Image 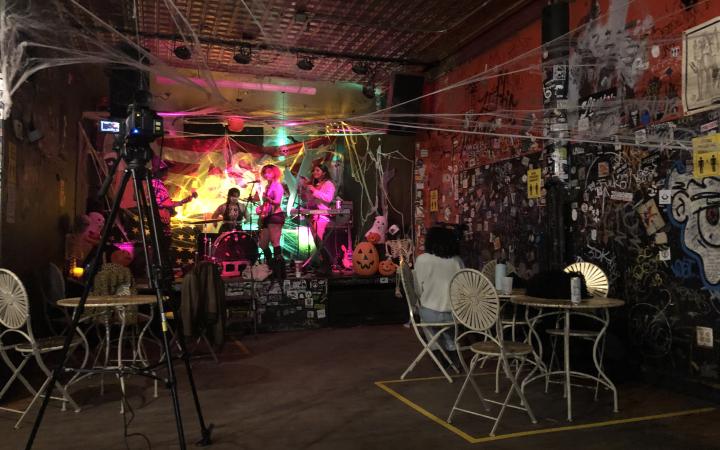 The seven venues involved, Now That’s Class, Grog Shop, Happy Dog, Bop Stop, Little Rose Tavern, Mahall’s 20 Lanes, and the Beachland Ballroom, allowed for their spaces to be used for free for the recordings. Some of the venues allowed for patrons to attend shows with a purchase of a ticket.
Image 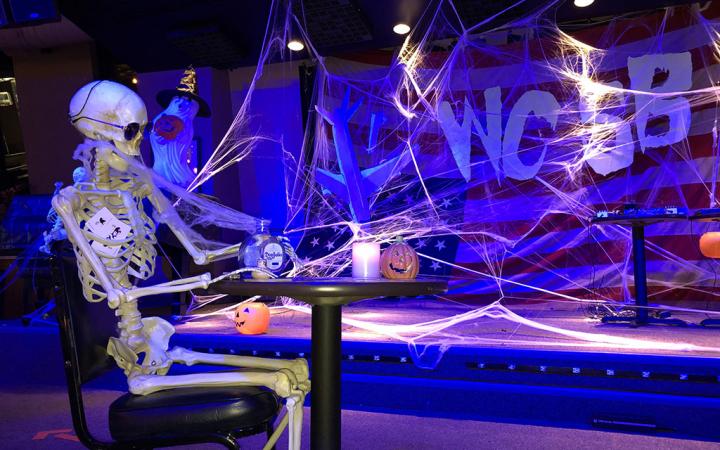 The venues that operated shows that were open to outside guests,did so in compliance with CDC and the state of Ohio regulations and guidelines. The shows were held at 15% capacity maximum, and all staff and guests were required to be wearing masks.
Previous Next
By JENNY FRALEY

With Halloween in lockdown this year, the Cleveland State University’s student-run radio station WCSB (89.3 FM) had to change the way they threw their annual Halloween masquerade. This year the radio station threw a “99% virtual” event, with the help of John Ban and his students in their FMA 363 class.

“This year as an alternative, we're doing something I'd say is three times more fantastic than possible,” Jeremy Biello, general manager of WCSB said.** “Normally our Halloween Ball is broadcast over the radio as well as a live event, this year it will be as well. On top of that it will be streamed because WCSB has partnered with the CSU School of Film and Media Arts to produce a visual show.”

The WCSB Halloween masquerade is typically a free concert held on Halloween night at one venue. The radio station throws it as a thank you to listeners and donors of the radio station, after their annual radiothon.

The performances this year were shot over the course of a couple of weeks at seven venues and included nine different music groups. The final show, which was broadcast and streamed live, was a performance from Apostle Jones at the Beachland Ballroom on Oct. 31.

Viewers and listeners were able to access the stream of the concerts through YouTube and the radio during the afternoon and evening of Oct. 31. The live performance and stream of Apostle Jones began at 8 p.m.

Some of the performances were completely closed to the public, while some were open as shows put on by the venue with cover charges, including the final performance of Apostle Jones at the Beachland Ballroom.

“We say 99% because we were able to put together some semi live shows,” Biello said.

The shows that were open to concert-goers complied to the COVID-19 restrictions and guidelines set by the CDC and the state of Ohio. The venues hosted the shows at 15% capacity, with everyone in the venues wearing masks.

“We [WSCB] worked closely with the venues to make sure that they were safe, that we were safe, and any outside guest that the venues brought in would be safe,” Biello said.

Venues in the Cleveland music scene have had a difficult time staying open throughout the pandemic due to restrictions on concerts and bars. Some venues have had to turn to fundraising events to stay open, such as Mahall’s, who have raised over $50,000 from donors.

“This year is really more about giving back to the community as a whole, but primarily the artistic community. Who's hurting a lot right now is our arts and entertainment industries,” Biello said. “Many of these venues we've been working with have been closed entirely since the pandemic started.”

WCSB hopes that the Halloween Ball can help support Cleveland venues and musicians, as well as be a safe and fun Halloween themed event for viewers.