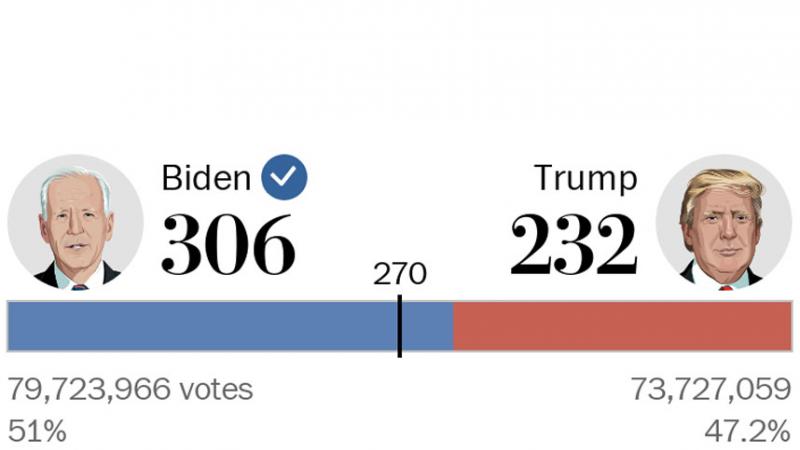 Credit: The Washington Post
Election results as of Nov. 20

What students thought about the 2020 election

CSU students talk about whom they voted for as U.S. president and why.
By AURORA HARRIS

Joe Biden is projected to become the 46th President of the United States after his victory over Donald Trump in the 2020 election. Students across CSU — by no means a definitive sample — had this to say about their vote.

The AP has projected that Joe Biden has 306 Electoral College votes and Trump 232. The 538 delegates to the college which will formally elect the president meet and vote on Dec. 14.