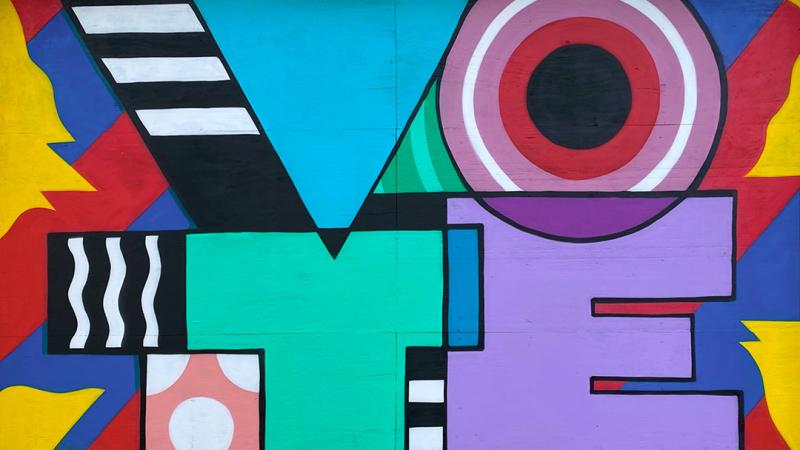 The Stater’s senior editorial staff on the 2020 presidential election

Reactions to the most important election of our lives, and what it has meant to us.
By CLEVELAND STATER EDITORIAL STAFF

The election returns from the evening of Nov. 3 provide an interesting but incomplete view of this historically important presidential election. Ballots will be counted in the days that follow, and the picture will become more clear as key swing states finally award their share of electoral votes.

Before a winner is decided, we reflect on the journey thus far and what we learned from last night. Here are the senior editorial staff’s reactions, and what this election has meant to them:

“The year 2020 has been an unprecedented one. Beginning with massive brush fires in Australia and the impeachment of Donald Trump. Then the outbreak of the COVID-19 pandemic. The beginning of the year was only to foreshadow what was to come. In response to the shooting of George Floyd millions of protesters took to the streets despite a global pandemic. We lost icons such as supreme court justice Ruth Bader Ginsburg, Kobe Bryant, Eddie Van Halen and Chadwick Boseman. Riots raged across the country, massive fires burned and over 200,000 people have died due to Covid-19. Yet we are still standing. We may be bruised and battered, but America is moving forward. Americans showed out in record numbers to participate in our democracy. While we still do not know the results of the election, I implore you to accept the outcome of the election in stride. We are all Americans and so much more than the leader we chose. 2020 has been terrible enough as it is. Let us walk together towards a brighter future.”

“As this is written we do not know the results of the presidential election. While it is read we most likely will not know either. With an unprecedented voter turnout and universal mail-in voting in states like California, there are too many ballots to count by sunrise. This will stir great anxiety in a lot of people, which is likely why CSU sent an email to faculty, staff and students with the subject header ‘managing emotions today.’ In an effort to keep the peace that many major cities expect will be shattered, the university offered advice like ‘breathe,’ but also an obtuse suggestion. ‘No more election polls, and no more commercials - so think about how you can put your newfound time and energy to good use tomorrow. Do something you really enjoy – watch a movie, have your favorite food, get outside, call a friend.’ If I can urge anything to anyone it would be to do absolutely not this. If any election is a nightmare to experience that only demands the people dive deeper into our democracy and their civic duties. Based on the vote it seems they have this year, though it’s important to remember elections are seldom and their results are daily. In other words, while voting is important it is the least we can do, so I urge the reader to place that ‘newfound time and energy’ into some social-political awareness and petition, and pressure what’s around them into what they’d like to see around them. Your vote is not your only voice and you’re definitely not alone in however you feel politically. Band together and speak up more than once every four years.”

“The election was one for the record books. With the most votes in 120 years the United States should be excited. The people had their voice heard and it showed that every vote mattered in a time like this. With the uncertainty around the amount of early voting and mail-in votes that were counted, everyone that voted should be proud.”

“This election has me on the edge of my seat. It is such a close race and such a long wait for other states. One minute Trump is ahead, then Biden starts to sweep up with mail-in ballots. This election means change, a better tomorrow and everyone’s voice is heard and matters. In a country where some voices have been suppressed for far too long, this is a chance to change that.It’s time for all the people’s voices to be heard because they all matter now more than ever.”

“This is the first presidential election where I’ve been old enough to vote and with this election being a very tight race that still isn’t over, the importance of voting has really been emphasized more than any other year. Every single vote counts and I hope that everyone took this opportunity to use their vote to make a difference.”

“Based on everything we know right now, I think there is still a lot of reason to be very optimistic. With so much at stake, I do feel somewhat disappointed by just how close the race has been. I was beginning to believe that the highest voter turnout in more than a century would lead to an easy Biden win, but it's the afternoon following Election Day and we are still a long way away from declaring a winner. Pennsylvania still has to count a lot of early ballots, ones that New York Times writer Nick Cohn predicts will be mostly Democratic, so Trump's lead there and in other states may be in danger yet. I really hope we can put the past four years behind us and move forward as one country without all the hatred, but whatever the result, I just can't wait for this election to be over.”

“This election means so much to so many people. When deciding on what important topics and social issues our governments will put their attention and focus on, it can be a riddle of anxiety. And as I’m watching the results on TV, all I can do is hope that America can fix the mistakes of the past. That we can look to the past and try to do better. That we can seek to do the right thing instead of just the easy thing. But in the end, it is just hoping for the best. I think that Trump winning a second term could be irreparable destructive to our democracy as we know it as he threatens the lives of so many through his stances on immigration to his handling of the coronavirus outbreak. I just hope that America can see the cracks in his armor and ensure that he no longer has his position of power by the time January arrives.”

“The one thing I believe we already learned from Tuesday’s election coverage is that it will by no means be a landslide victory for either candidate. In fact, it is very likely that we will not have all the results for quite a few days, or even stretching beyond that into weeks. It feels like this election is likely going to court before it is truly decided, and with the Supreme Court being heavily conservative now, Trump has the edge if it does end up in court. The electoral process is a right, and I believe that the more Americans exercise that right, whether it be by mail or in person, the fairer and more complete any election, especially this one, will be.”

“My personal opinion is 2020 has been a ‘hot mess, inside a dumpster fire, inside a trainwreck,’ as CNN’s Jake Tapper said pertaining to the first presidential debate. The 2020 presidential election has many on the edge of their seats. Some Americans are optimistic one way or the other and for others the feeling of existential dread. This was the first election I had the chance to vote in and I can say I was excited to do so. However, my two options were not the best options. I am not really a fan of either candidate. Also it is embarrassing as an American to watch an impeached president potentially get re-elected. It’s too close to call, but ouch. It is my hope whoever is elected, really represents government ‘for the people, by the people.’”

“The 2020 election is about change. It’s about making our voices heard, when we’ve felt silenced before. Getting the chance to exercise our right to vote and actually doing so. Seeing the turnouts so far this morning has left a trace of hopefulness and a real chance at change.”