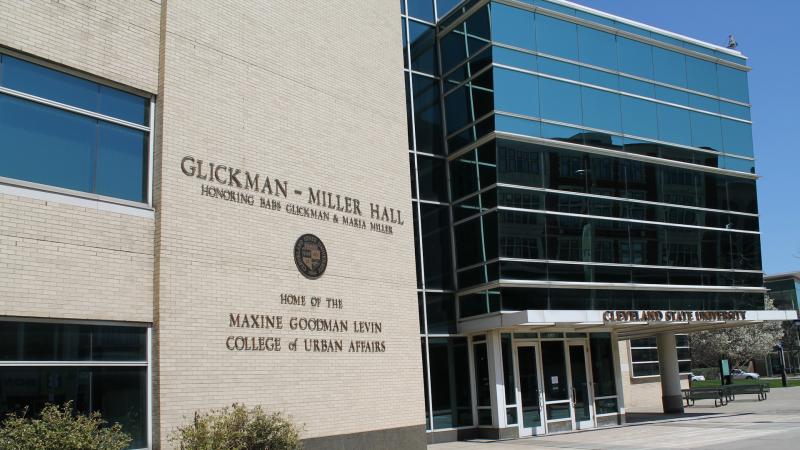 The college ranks 58th in the United States among other Urban Affairs colleges around the country.
By KYLE BRUZEK

The Maxine Goodman Levin College of Urban Affairs has been ranked one of the nation’s best for their public affairs program by US News and World Reports. The college's ranking comes in at No. 58 on the 2020-2021 best Public Affairs programs and is tied with six other schools.

Roland Anglin, Ph.D., the dean and professor at the college of urban affairs is very excited about the accomplishment. He said that being ranked the past few years was great, but finally being able to move up is welcomed.

“As dean, there is a tremendous sense of accomplishment that is shared by the entire CSU community, especially the Levin faculty, staff, and alumni,” Anglin said. “We have been consistently recognized as a top school of urban affairs, but the fact that we have moved up for the first time in many years is particularly welcome.”

Anglin talked about the rankings and what they meant to the school and how the faculty has been getting involved.

“We house a strong community of scholars and our faculty are significantly contributing to emerging fields such as the impact of the Internet of Things on cities, understanding how public policies help or hurt Legacy Cities and neighborhoods, and the history and evolution of human settlements,” Anglin said.

“We have been fortunate in that the students who come to us have been top notch and motivated to make their mark in the public and nonprofit sectors. I am sure that the reach and influence of our students are not lost on our peer evaluators for the rankings.”

This success has been exciting for not just the urban affairs college but the entire Cleveland State Campus as well. This news has been a positive especially in such a negative year. Anglin said that while this is a challenge everyone is going through, he believes the students have responded well, and it will only make everyone stronger.

“While no one would claim that online instruction is best, our faculty have adapted well and student evaluations bear that out,” he said. “As a College, we are learning new and different ways to transmit knowledge. Those lessons will only help strengthen the curriculum and our teaching when we emerge from the pandemic’s shadow.”

“Our alumni are purposeful and productive leaders of their communities and lead change in the public, nonprofit, and private sectors,” Anglin said. “We believe Levin graduates are among the most diverse, driven, and well equipped to make meaningful contributions to the organizations and communities they serve.”