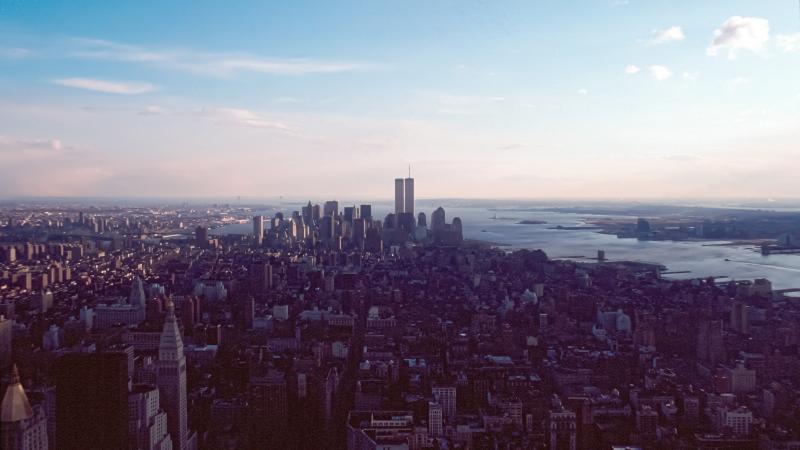 Credit: Thomas Svensson | Pexels
On the 20th anniversary of 9/11, the country remembers the day that changed millions of lives forever.

Members of the Cleveland State community recount their experiences of 9/11 on the 20th anniversary of al-Qaida’s attack on the U.S. and give their thoughts on how perspectives have changed over the past two decades.
By ERIC SEITZ

The average age of undergraduate students is 21 years old, meaning that most college students in 2021 are unable to remember the events of September 11, 2001. Even many faculty members were too young to fully grasp the totality of the attacks that the nation faced. Over the past two decades, the events of that fateful day have stuck with Americans — either in their own memories or in stories from others.

Perspectives on the situation have shifted in the 20 years that followed, especially in terms of reaction to Muslim culture. Students, faculty, and staff at CSU reflected on their experiences on that day, and they also shared their thoughts on how American society in the year 2021 views that historic day.

For full clips of what each interviewee said, click below to listen to this story as a podcast.

Twenty years after the events of 9/11, the ripples of what took place continue to rock the nation. From recalling miniscule details of that day to observing its impact in 2021, the hijacking of four planes and attacks on New York City and Washington D.C. that killed almost 3,000 people remain a touchstone from which many Americans interpret the state of the world today.

“None of us will ever forget this day, yet we go forward to defend freedom and all that is good and just in our world.” — President George W. Bush.

For more information about the events of 9/11, head to 911memorial.org.