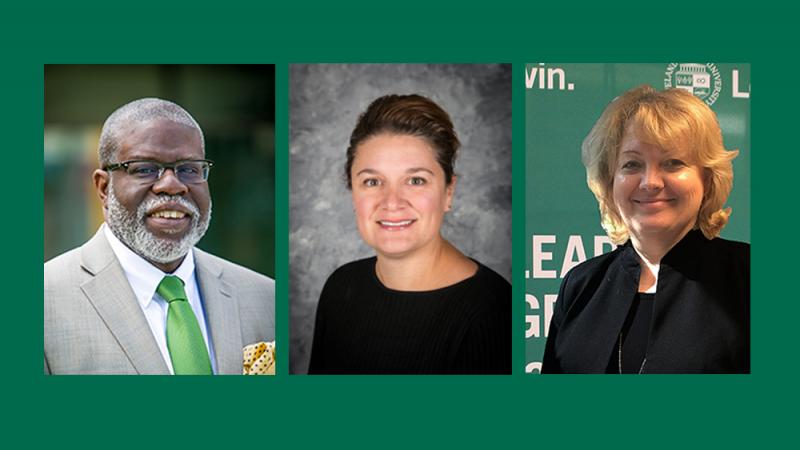 A team of CSU researchers has been awarded a $250,000 grant to study the middle ground between low and high-income neighborhoods which don’t attract a lot of investment because they fall between the extremes.

Dr. Roland Anglin, Dean and Professor at the Levin College and his research team which includes Molly Schmoke, project manager and Dr. Iryna Lendel, Director of the Center for Economic Development (CED) were awarded the money from the Robert Wood Johnson Foundation.

The project is titled “Investing in the Middle: A New Approach to Deliver on the Promise of Equitable Neighborhood Development,” and the team will work to address equity and health in middle neighborhoods.

“We will be looking at data across the nation to create a typology of middle neighborhoods; i.e. what do they look like, what are the characteristics of these places," Dr. Anglin said. "From that we will select five to six communities to investigate in more depth through case study analysis.”

The research team is not working alone on this project.

“Here in Cleveland, we will be working with local partners such as Cleveland Neighborhood Progress, as well as the Cleveland Middle Neighborhoods initiative [a project of the City of Cleveland] to get insight into what residents in these neighborhoods think should occur,” Dr. Anglin said.

Dr. Anglin and his research team saw how even though these middle neighborhoods are stable, they don’t have a lot of people investing in them, sandwiched as they are between low and high-income neighborhoods.

“They straddle the middle between low- and high-income neighborhoods. Significantly, these neighborhoods still have working families, good housing stock, and other assets that define a stable community,” Dr. Anglin said. “We saw an opportunity to study the ability of these communities to stabilize and even forestall blight and poverty in cities.”

The research team hopes to identify policies and practices that cities can employ to assist in stabilizing existing middle neighborhoods, provide support for the current residents that live in these communities and continue to maintain neighborhoods that afford residents equitable access to attractive and affordable communities.