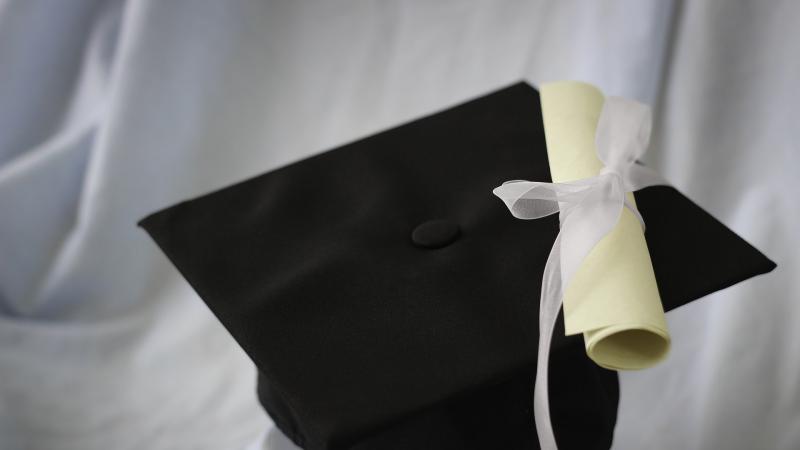 Image by Victoria Loveland from Pixabay

The graduating class of 2020, whether from high school or college, has had nothing short of a tumultuous ride over the past few months as it has had to face the physical and emotional challenges of completing education virtually due to stay-at-home orders across the country.

For many, having a full course load of online classes was a first. For Cleveland State spring graduates, they are about to experience yet another new undertaking – a virtual commencement ceremony.

Following the university’s announcement of its first virtual commencement to be held on May 30 at 1 p.m., graduates found themselves with something to look forward to, since an in-person commencement had been previously postponed until university officials are safely able to organize one.

Cleveland State senior Katie Turocy will be finishing her double major in psychology and health sciences on the pre-occupational therapy track, and she said that while she wishes commencement could be held as normal, she understands that a virtual ceremony is in the best interest for everyone.

“I am disappointed that the current circumstances led to commencement being online," she said. "However, I think it is the best-case scenario. I would not want to risk my family, friends, or my own health by having a ceremony. I think the online commencement could be put together really well.”

Turocy plans to continue at Cleveland State for graduate school, and said she feels blessed that she will at least be able to experience another commencement ceremony down the line. As far as this year’s ceremony goes, she said that if the school is able to organize an in-person commencement exclusively for spring graduates she would certainly attend, but if her class is combined with future fall graduates she would not feel obligated.

For some, the validation of being able to eventually walk the stage is still essential. Crystal Beaulieu, graduating with a degree in journalism, said she is both excited and curious to see what the virtual commencement has in store – but not quite sure what to expect. She has eagerly anticipated the chance to ‘walk’ for a long time, not just for the thunderous applause, but for the deep symbolism it holds for herself and her family.

“It's very important for me to walk the stage," she said. "As a non-traditional college student and first-generation college graduate, it has taken me over 15 years to earn my bachelor's degree. Now in my mid-30s, I realize the importance of this accomplishment and the grit it took for me to actually graduate. My children have watched me struggle and work hard to earn this, and they themselves have had to sacrifice time with their mom as I worked through my courses. Walking the stage would give me the gratification of all my hard work and would give my family the pride of knowing the support they've given me was just what I needed.”

Justin Rosenbaum, 23, graduated from Cleveland State last May under much more normal circumstances, however, he said he thinks the idea of a virtual ceremony is a commendable effort upon the part of the university to still honor graduates during unprecedented circumstances.

“As far as pulling it off effectively, I think the school can figure out an appropriate format for families to tune in and students to feel some sort of closure with their graduation,” Rosenbaum said.

He said he wanted to encourage this year’s graduates to focus on their achievements, despite how challenging the conditions around them may be.

“I would tell them the important part is that they were able to graduate,” Rosenbaum said. “It could have been a situation that was so bad that they couldn’t even finish school. So as bad as it may sound in the moment, the important thing is that they graduated and received their degree.”