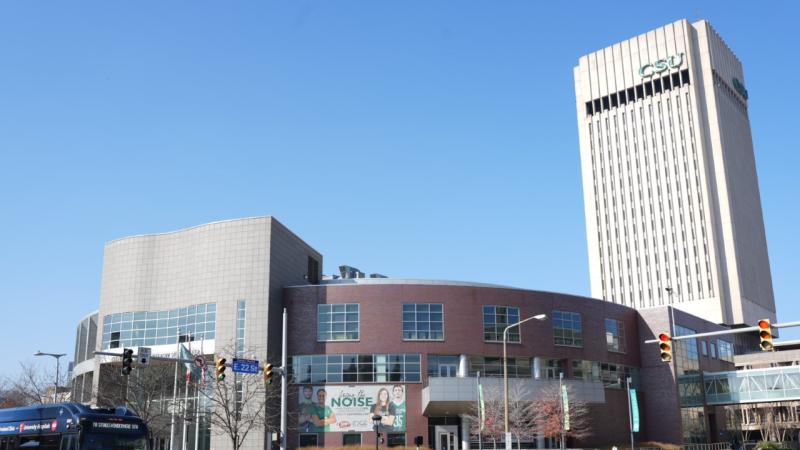 CSU’s board of trustees at its Nov. 17 meeting approved name changes for a new college at Cleveland State University and its law college.
By MARY DUDZIK - posted November 20, 2022

The Levin College of Public Affairs and Education

CEPA, now The Levin College of Public Affairs and Education, was renamed to honor the transformational philanthropic donations to the university from Mort Levin and the Levin family. The newly formed college brings together the previous Maxine Goodman Levin College of Urban Affairs, the College of Education, communication, and sociology and criminology.

“The Levin’s are a vital, intrinsic part of the CSU family,” Bloomberg said. “I am deeply moved by their commitment to build upon their legacy of support for our students, our faculty and our research. I can’t think of a more fitting announcement to help mark the official start of my presidency.”

Cleveland State will remove the name "Marshall" from its Cleveland-Marshall College of Law after 18 months of contemplation. The law school was named, in part, after the fourth U.S. Supreme Court Chief Justice John Marshall.

Marshall was an accomplished jurist whose work was foundational for the civil rights movement, but he was also an unrepentant slave owner.

President Bloomberg had previously accepted the unanimous recommendation to remove the name made by a special ad hoc committee. The committee was formed to study the issue and process set in place by CSU’s Space, Unity and Entity Naming Policy.

“I appreciate the Board’s careful consideration of the issue and thank them for their leadership,” Bloomberg said after Thursday's meeting. “I hope we can all move forward in agreement that the true value and strength of our College of Law lies not in a name, but in the quality of education we offer and the talents and diversity of our students, faculty, staff and alumni.”

As for now, there are no immediate plans for a new name for the college. In the meantime the law school will be known as Cleveland State University College of Law.