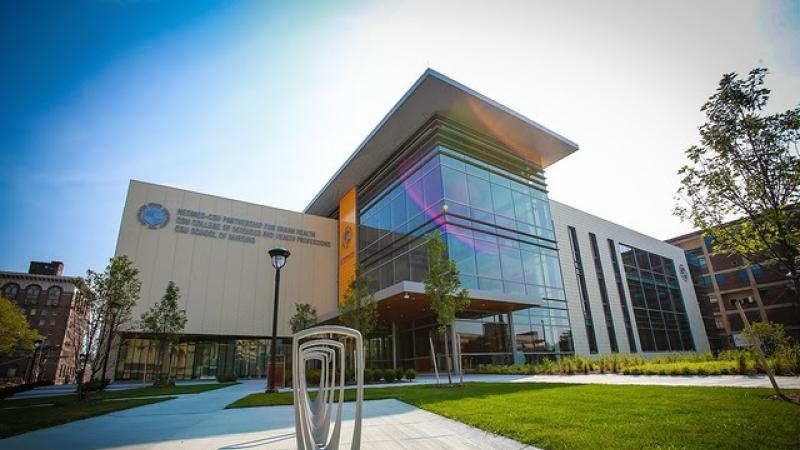 Cleveland State University will participate as a “talent pipeline” for the Cleveland Innovation District, supporting students working towards and graduating with STEM degrees.
By JENNY FRALEY

Cleveland State University announced on January 25 that it will be working as part of a state initiative to create an “innovation district” in Cleveland.

CSU will become a “talent pipeline” for the innovation district.

“As an urban research university, we play a vital role in producing highly skilled and talented individuals to support our region’s growth, while providing promising careers for our graduates,” President Harlan Sands said.

CSU will receive a significant investment as part of the project to help students graduate with 19 specific degrees over the next decade. It has not been revealed which degrees will be expanded on; they will be announced after the finalization of the agreement with JobsOhio.

“Were still negotiating the terms of the agreement with JobsOhio,” Sands told the CSU Senate at its meeting on Feb. 3. “The pipeline is going to create the kinds of graduates that are going to meet the workforce needs of Cleveland.”

The university is still working on getting an exact figure as to how much it will be spending and receiving from the state as part of the initiative.

“At this moment we have 19 degree pathways that we’re looking at enhancing over the next 10 years,” Sands told the Senate, “We know the big number is 110 million for JobsOhio’s investment of the five partners, we're going to get a sizable portion of that.”

The Cleveland Clinic has already announced that it plans to spend $300 million as part of the project, while other organizations have planned to put in millions to the initiative as well. The state government said that it expects the district to have a $3 billion impact on Cleveland.

State agencies will contribute $265 million, which will pay for hospital research and to help students graduate with STEM degrees.

“This bold, this innovative, this creative partnership that we’re announcing today will bear fruit for us not just this year, but for decades. Literally for decades into the future,” Ohio Governor Mike DeWine said during the launch.

One of the main goals for the initiative will be the research of infectious disease, including COVID-19, which has killed over 400,000 Americans since 2019.

The “district” will not have one central area where it will function, however much of the research is expected to take place at the Cleveland Clinic’s new building on its east side campus which will house its Global Center for Pathogen Research & Human Health.

More information about the Cleveland Innovation District can be found here.