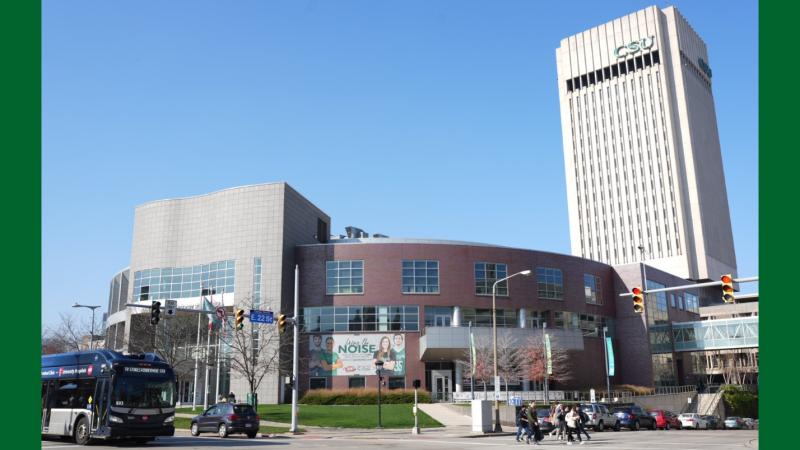 CSU President Dr. Laura Bloomberg announced the launch of a new Campus Leadership Council at the CSU Senate meeting, Wednesday, Oct. 12. The initiative is part of a move by the university to open up lines of communication across campus amid a downturn in enrollment which has negatively impacted the university's finances.

Bloomberg described the council as "essentially the president's cabinet." Among its member will be CSU's 11 vice presidents, the athletics director, the general counsel, all of the deans and the direct reports to the university's top leadership, about 55 people in all.

The president said she had created the council "to advance our mission, to find ways to better collaborate and align our work so that we're not trying to figure out how it is that the left hand doesn't know what the right hand is doing."

The priorities of the council include focusing on the college’s realignment into CSU 2.0, student retention and success, further developing enrollment strategies and to review the work done across all departments.

“We took all of CSU 2.0 and said, 'It's all important. We ascribe to all of it,'” Bloomberg said. “But if we try to advance on all of those fronts at one time, we will do nothing.”

In keeping with the theme of shared faculty governance, Bloomberg told the Senate that the council would not have any authority to make decisions or bylaws.

One key task the council will have is addressing CSU's falling enrollments, which Interim Provost Dr. Nigamanth Sridhar detailed at the semester's first senate meeting on Sept. 14.

Sridhar followed that up at the Oct. 12 meeting, telling the Faculty Senate that among CSU's neighbors, only Ohio State, Ohio University and Cincinnati are not seeing a drop in students.

“It is a statewide trend. And you'll notice that all three of them have, you know, successful football coaches recruiting for them,” said Sridhar. “But that's you know, that's where the trend is.”

The downturn in enrollment, a 20% drop in the past five years, is affecting finances at CSU, which is currently carrying a $17.4 million dollar deficit.

"(The) budget deficit is mainly due to a much lower enrollment than anticipated," chair of the Senate Budget and Finance Committee, Dr. Tatyana Guzman, told the senate meeting.

She described the enrollment figures revealed by Sridhar as "jaw dropping," and noted that dipping into the university's reserves to cover the shortfall is at best a short-term solution.

“The good news is that university reserves are more robust now due to federal COVID stimulus funds,” Guzman said. “On a negative note, there is a total of only about 80 to 90 million (dollars) in unrestricted reserves," enough to cover no more than about five years of funding.

“CSU needs to use (a) resource allocation model that provides incentives for things like enrollment, growth and operational efficiencies,” Guzman said.

The next CSU Faculty Senate Meeting is scheduled for Wednesday, Nov. 9.