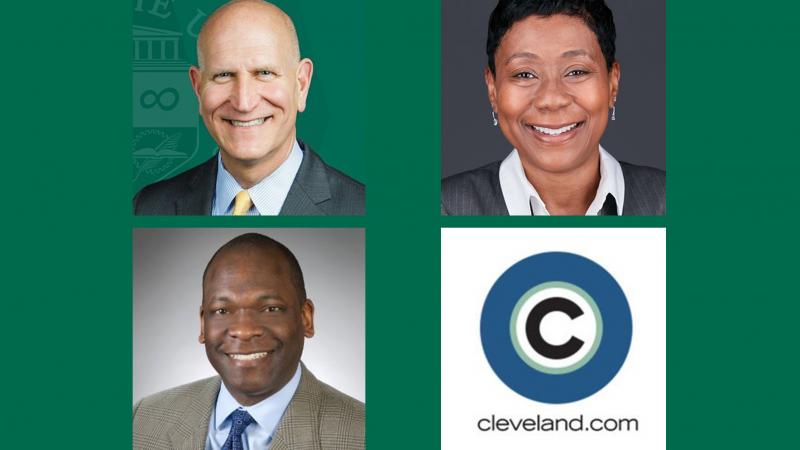 Following recent media scrutiny of the hiring of new associate vice president of human resources, Douglas Dykes, Cleveland State's leadership addressed the university Senate to explain its decision and the process that led to the hire.
By CLAUDIA UGBANA

The move came after more than a dozen articles and opinion pieces regarding Dykes' hire were published by Cleveland.com questioning the hiring process, and the veracity of what CSU President Harland Sands told faculty and staff in an email sent on Jan. 22.

Sands pointedly addressed an opinion piece published by Cleveland.com on Feb. 26, telling the Senate, “I am extremely unhappy that The Plain Dealer characterized what I communicated [to the university in the Jan. 22 email] about the hiring of Mr. Dykes as a lie or false.”

Dykes was on probation with the Cuyahoga County courts at the time of his hiring in December 2020 after pleading guilty to misdemeanor charges as part of a corruption probe, Cleveland.com reported. CSU said it was fully aware of Dykes' probationary status at the time of his hiring but believed in giving talented individuals a second chance. Cleveland.com acknowledged that no evidence "ever emerged that Dykes was personally enriched by his actions."

Sands reiterated to the Senate what he said in the email, that hiring Dykes was the "right decision."

"We believe we hired the person with the right skills and experience for the position. We never said he was the only qualified candidate, just the right one," Sands told the Senate.

Documents obtained by Cleveland.com indicated that CSU had rated five of the 37 candidates passed over for the job as "most qualified."

Janelle Hughes, CSU's vice president of administration and chief of staff admitted to faults in the hiring process but stood by her decision.

“I am pained by the damage that this decision I made has had on the reputation and the good work that you all are doing, and for that I am sorry,” Hughes said. “With that said, I do believe that Douglas [Dykes] is the right person and the right partner to help us achieve our HR vision.”

Hughes told the Senate that she built her own short list of candidates for the position after being dissatisfied with the pool of applicants. Dykes was one of three people Hughes said she was interested in. She reached out to Dykes and the other two individuals, neither of whom applied.

When the university was impacted by the COVID-19 pandemic, the hiring process was put on hold until late summer. Hughes said she should have reopened the position, but instead "sought to get my shortlist interested, and that's how the Douglas [Dykes] hiring happened."

President Sands made clear to the Senate his support for Hughes.

“I stand behind her," Sands said, "and I support her decision.”

Editor's note: The Stater reached out to the CSU administration on March 10 for any comment it might have beyond what Sands and Hughes told the CSU Senate on March 3 but did not get a response by the time this story was posted.