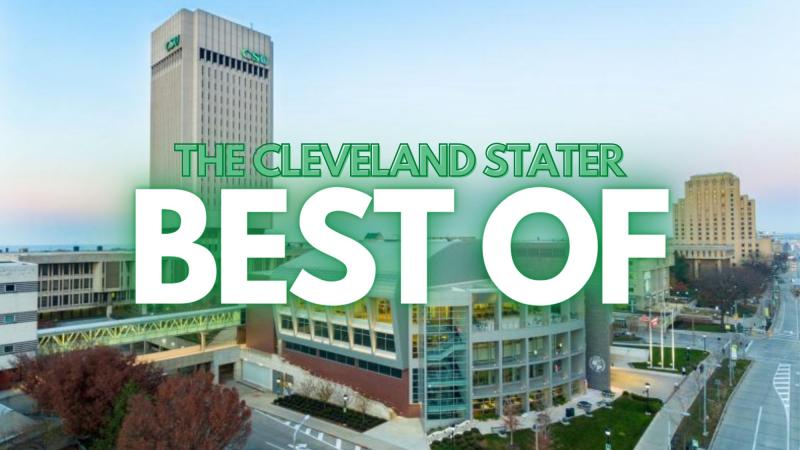 Credit: Lucia Rosace
Each semester the "Best of" The Cleveland Stater highlights the stories that matter to you.

In this edition of the “best of” The Cleveland Stater, we highlight the mandate of new CSU president, Dr. Laura Bloomberg, appointed by the Board of Trustees without a national search after Harlan Sands was let go with an almost $1 million “separation agreement.” In other news, we find out why CSU is backing Ukraine following Russia’s invasion, and we look at the hard road ahead for new men’s basketball head coach, Daniyal Robinson.

Faculty were ready for change; Bloomberg takes over CSU 2.0

Faculty gave Dr. Laura Bloomberg a standing ovation at the CSU Faculty Senate meeting April 27 when she was introduced as the new president of Cleveland State University, the second woman to hold the position.

The CSU Board of Trustees expects her to push through with the college revamp known as CSU 2.0 which had exposed tensions between faculty and her predecessor, Faculty Senate President Robert Krebs told The Stater.

Harlan Sands and the CSU Board of Trustees mutually agreed April 26 that Sands would step down as president of Cleveland State University over differences regarding how the university should be led.

The CSU Board of Trustees appointed Dr. Laura Bloomberg as the university's eighth president. The move was unexpected as just a year ago the board had indicated its complete confidence in President Sands’ leadership.

Sands and CSU parted ways, sort of, when he agreed to step down. However, under the terms of his exit as president he had the option -- which was part of his existing contract -- of moving to a tenured faculty position in the Cleveland-Marshall College of Law where he would start at $348,075, 75% of his annual presidential salary, $464,100.

The terms of Sands' separation agreement were first reported by WKYC. CSU confirmed that Sands intends taking up the offer.

Since the attack, Russian President Vladimir Putin has continued his aggression, bombing cities and killing civilians in what he calls the “denazification” of Ukraine, a rationale for the war that is condemned almost universally.