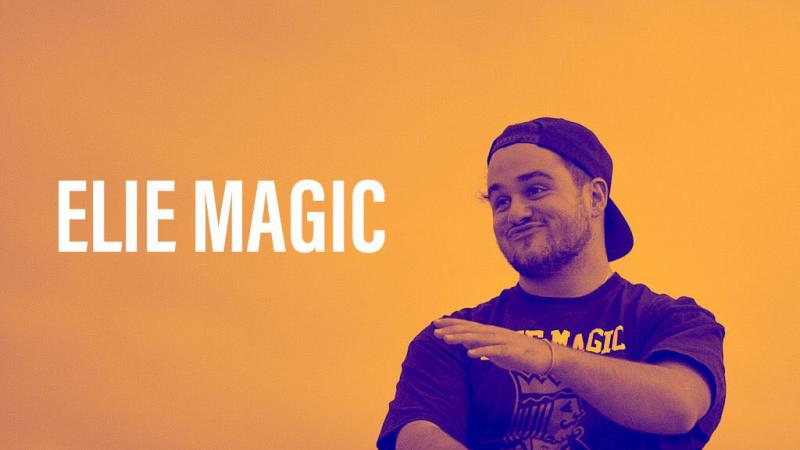 Credit: Willie Stickley
Elie Haoui is a CSU student and a well-known Cleveland-based magician and entrepreneur known as Elie Magic.

Elie Haoui, also known as Elie Magic, is a student at Cleveland State University. He's also a well-known magician and entertainer who has been touring the world since he was a sophomore in high school.
By SHEILA KISS

How does one juggle being a student with the fame of being a professional magician and entrepreneur? Elie Haoui does just that.

Haoui is a 21-year-old student at Cleveland State University, and is also known under the name of Elie Magic on stage and on social media as a professional magician. He is also an entrepreneur with his own clothing brand and has amassed a large social media following with over 200,000 followers on Instagram.

It all began when Haoui was just 4 years old and his mother gave him a magic kit.

“She obviously just bought me the magic kit because I was a kid and kids love magic, but I took it way too seriously,” he said.

Haoui began performing as a child for his family members in his hometown of Columbia Station, Ohio and fell in love with the reactions and confidence he gained from performing. He went on to perform in restaurants beginning at the age of 13. He began touring as a sophomore in high school when he met Cleveland magician, Rick Smith Jr.

“I was basically shadowing him for a high school project called sophomore experience day,” Haoui said. “People were shadowing doctors and lawyers and things they wanted to be and I shadowed a magician.”

Smith Jr. became a mentor and friend to Haoui and invited him to tour with him, teaching him how to perform and become a professional entertainer.

“That year changed my life,” he said. “Since then I have been able to tour in 11 countries and 25 states around the world.”

After the coronavirus pandemic began in March 2020, Haoui had to adjust to keep moving forward in his career since live shows became nearly obsolete during that time.

Not only did Haoui use social media as a way to showcase his talents during the pandemic, he also started putting his foot in the business world and began a clothing brand called Smile Hoodie which he created in August 2020.

“I was so busy last year too because of all the companies I was running,” he said. “I can’t just sit down, I have to maintain the lifestyle that I am living.”

On top of Haoui’s busy schedule as an entertainer and business owner, he is also a student majoring in organizational leadership and minoring in marketing at CSU.

“There was quite literally a point where I got off a plane at Burke Airport and I would uber to class, go to Professor Peter Dunham’s anthropology class, sit there take notes, and then go back to the airport and then fly away to a different show within two hours,” he said.

Despite the challenge of balancing school and work he said it is a huge goal of his to graduate college. He also has many goals for his career including having his own show in Cleveland and possibly acting as well.

“The goal is to be the number one entertainer in the world,” Haoui said.

Shows have finally begun to return for Haoui, although the pandemic is still far from over.

“I’m probably at 80% capacity now again so we are booking shows like crazy,” he said. “I just hope people keep being aware of the pandemic.”

For now he plans on continuing to do private shows while he grows in his career as an entertainer.

Haoui described what he loves most about magic is the effect it has on people.

For more about Elie Magic go to https://eliemagic.com/.