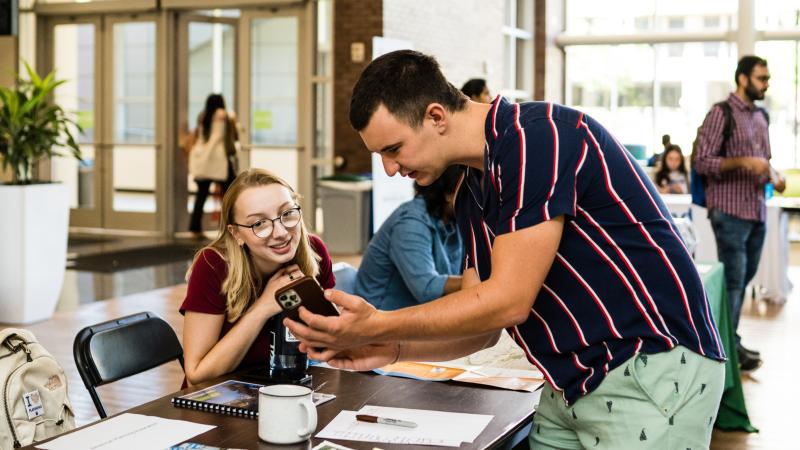 Credit: DeAndre Patrick
Students learned about clubs and groups on campus at the Student Organization Fair on Thursday, Sept. 1. at Cleveland State University.

Students learn about clubs and groups at CSU

Cleveland State students found out more about clubs they could join on campus at the Student Organization Fair.
By MASON COLE - posted September 6, 2022.

Students had a chance to learn about different clubs and organizations they can join at Cleveland State University, at the Student Organization fair in the atrium of the Student Center, Thursday, Sept. 1.

CSU's Center for Student Involvement hosted the event which provided the groups a chance to connect with students interested in joining and getting involved in the activities on offer.

The event filled the atrium to capacity with 45 student-run organizations represented. 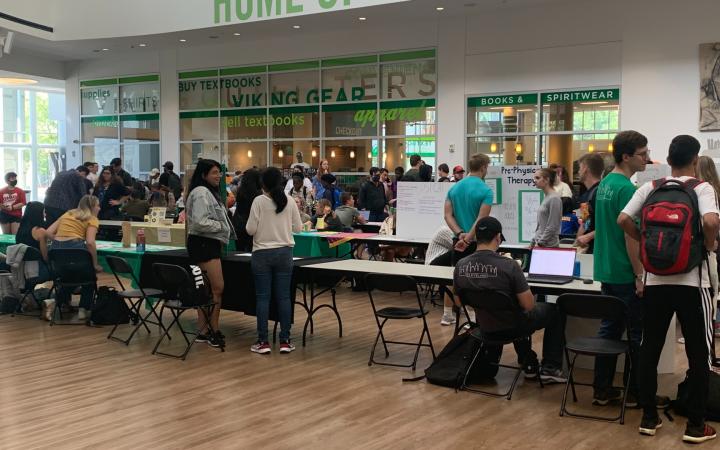 Students browse the clubs and groups on offer at the  Student Organization Fair at Cleveland State University, Sept. 1, 2022. (Mason Cole)

One of the organizations in attendance, the student-run radio station WCSB, said the event provided an opportunity to add new perspectives to their group.

“We want to try to get as many student members and applications as we can,” Grant Mastropieri, a fifth-year student studying business, said. “A lot of our member base are older alumni and graduates, so we want to really take advantage of this opportunity to get more in contact with the kids.”

Students like Psychology major El Belmonte, a junior who recently transferred to CSU from Cuyahoga Community College, visited the fair as a way to learn more about the school.

“I’ve already found out there’s a bunch of cool stuff,” Belmonte said. “I didn’t know there was a chess club and I’ve been playing chess since I was like three years old.”

Other students were drawn to the event by free items given away by some of the organizations.

“I saw it walking by,” Seth Unger, a sophomore film major, said. “I was coming up to get some lunch and I saw the free popcorn and then I saw some other stuff like the internships that looked pretty interesting.”

Unger emphasized that an important part of attending the fair was the ability to interact with an actual person representing the organization.

“I think I’m always more likely to join it, if I see the actual people who work there instead of just seeing a flyer,” Unger said.