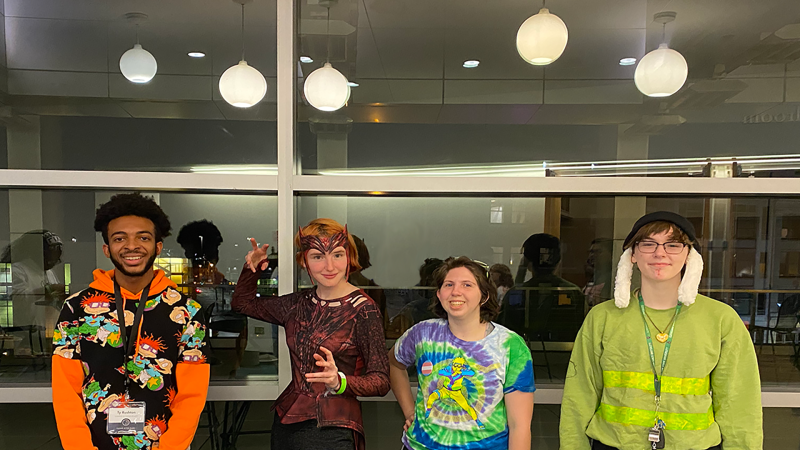 Students from around CSU’s campus took part in the comic-con style event hosted by the Campus Activities Board.
By LYDIA KACALA - posted November 13, 2022

Cleveland State students from across campus attended VikeCon, Tuesday, Nov. 8, in the Glasscock Ballroom at the Student Center. The Campus Activities Board hosted the event, a comic-con style gathering.

“It [VikeCon] would bring attention to the lesser known clubs,” said Tyrese Rushton, who organized the event. “A lot of people don’t know we have an anime club, a Dungeons & Dragons club or the filmmakers club.”

Students were encouraged to treat VikeCon as they would a comic-con event, meaning some students took part in a popular comic-con activity -- cosplaying. The Scarlet Witch, Spiderman and different anime characters were spotted among the attendees.

“It's nice to see people showing their interests,” said Rushton. “You get to see a different side of Cleveland.”

“[VikeCon] encourages everyone to get together and celebrate an aspect of pop culture,” said David Arnold, a 21-year-old computer science major.

During the event, students had the opportunity to take part in a raffle for different prizes with tickets they were given at the door. The prizes included a straw hat crew throw blanket, a Satoru Gojo plushie, a Hunter x Hunter mini poster set and a $50 GameStop gift card. 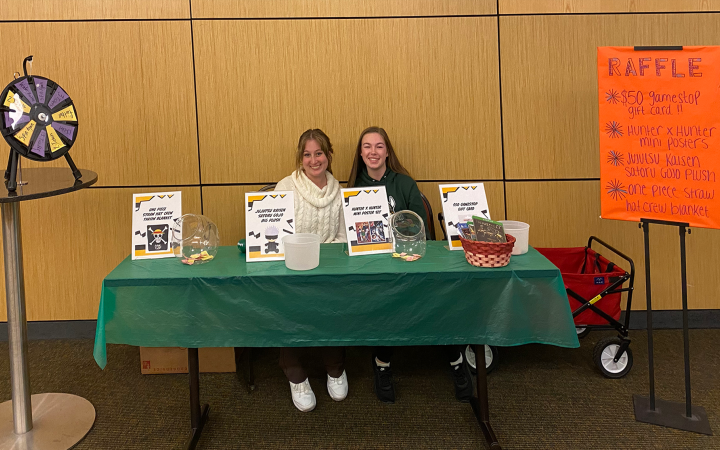 Taylor Lucas, left, and Allie Wintz help students with questions and spinning the wheel at the raffle table during VikeCon. (Lydia Kacala)

The raffle table also had a spinning wheel, giving students the chance to win a mini foam football or a water bottle.

Students from all around campus could be found at the raffle table or at any of the other attractions at VikeCon.

“All these different people from different clubs and different communities are brought together,” said Lucas. “I think it's a great place for making new friends and really being engaged on campus.”

For future events hosted by the Campus Activities Board, visit its website.