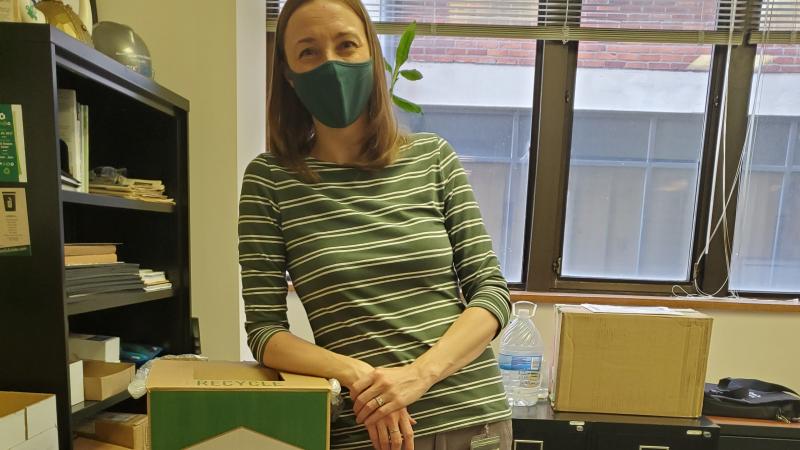 How CSU reduces waste on campus

The director of sustainability, Jennifer McMillin, weighs in with her thoughts on the path to a more sustainable future.
By WILLOW GRALEY

“Reduce, reuse and recycle...cha!” as Carly Shay or Miranda Cosgrove, once said from the episode “iGoNuclear” on iCarly.

This is part of Director of Sustainability Jennifer McMillin’s plan to make Cleveland State a greener campus.

“We have goals for reducing waste and trying to keep as much of that out of landfill as we can,” said McMillin.

McMillin mentioned that the labeling on the waste and recycling bins around campus helps students make the right choice.

“There’s a lot of recycling bins out there on campus,” she noted. “You always want to have those bins in the right area and paired together, so that people can make the right choice about what to do with their plastic bottle and hopefully, not just drop it in the landfill bin because it’s the closest.”

Recycling is a great start, but how about composting?

McMillin talked about how food from the dining hall is collected by composting or recycling it.

“They recycle or they compost food scraps from food production,” she said. "If lots of food comes back, like wasted food from events that can’t be re-served, this is all supposed to be composted.”

She also noted that when it first started, the Office of Sustainability was collecting at least 1,000 pounds of waste a week that was composted instead of going into landfills.

Notice those columns full of batteries around campus lately?

There is a simple explanation on why they are there.

“We have probably twenty-five to thirty of those around campus, so anybody can bring in their batteries for recycling,” said McMillin, “We’ll make sure those are recycled properly as part of our electronic waste recycling program.”

Cleveland State University also has their own recycling program separate from the city’s program. This goes to show that the university is willing to do its part in creating a more sustainable future.

CSU offers various programs focused on sustainability for students to get involved in, and one of those is the Green Lab program.

“The Green Lab program was like the groundwork, for it was developed by a student intern, who was a science student,” said McMillin. "The intention was to really offer some helpful suggestions for laboratory users including students, faculty and staff to keep in mind some easy ways to save energy in the laboratory environment.”

The program is a three-part series that helps cut down on waste, energy consumption and greenhouse gas emissions.

If students are interested in joining the program, students can visit the website here. The program offers course credits for working within the office, volunteer work or even work through a federal work study program.

According to the CSU website about the Green Lab program, “a single laboratory can use ten times as much energy and four times more water” compared to an office.

The program also focuses on other areas such as water conservation, sustainable purchasing and waste reduction. The goal is to help raise awareness and educate students on these issues to help minimize consumption and waste. 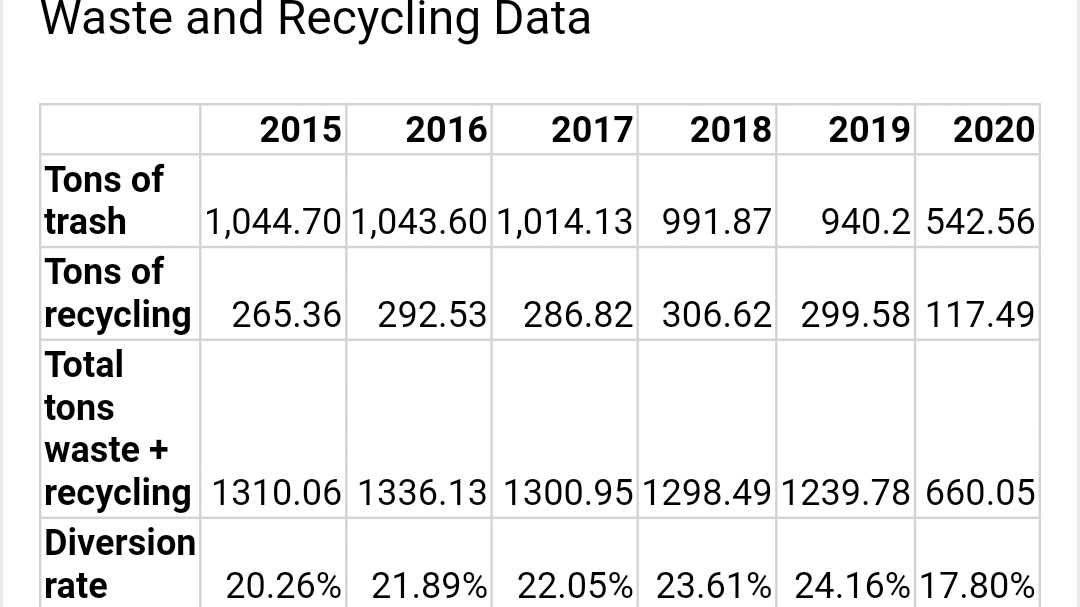 The chart represents collections of waste and recyclables by the ton per year.

“I generally have a sense of how much waste we’re generating on campus every year and can see, actually, that it's been a steady decline over the years; so that’s good,” said McMillin.

As the Green Lab program crunches their numbers and creates innovative ways to contribute to a sustainable future, there is still a long way to go before reaching that goal.