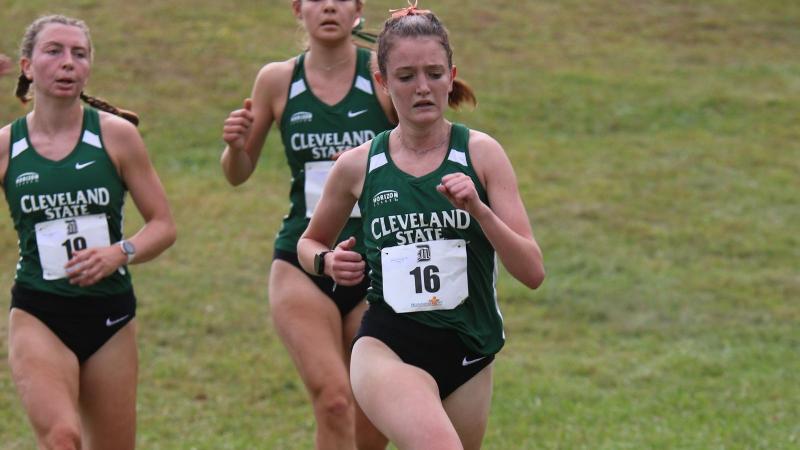 The Cleveland State cross country team returned to action at the All-Ohio Championship Friday afternoon, competing in the first 6K race of the 2021 campaign.

For the second consecutive race Kiannah Sarver paced the Vikings, posting a 6K time of 24:08 to finish 55th overall. Madelynn Madison was the second Viking to cross the finish line, posting a time of 24:52 in her first collegiate 6K race.

Juniors Emily Nemeth and Hannah Korte were the next two Vikings to finish Friday, recording a time of 25:59 and 26:02 respectively.

Sara Timberlake (26:52) and Colette Conway (27:09) rounded out the Green and White’s runners in the championship race, while Savannah Shaver represented the Vikings in the open race (29:39).

The Vikings will now have two weeks off from competition, before returning to action at the Lansing Invite in Lansing, Michigan on Friday, Oct. 1 at 2 p.m.