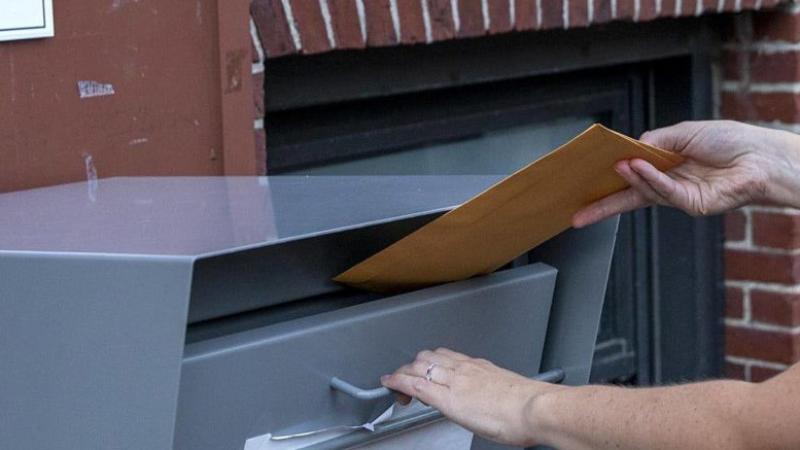 Credit: Robin Lubbock/WBUR
The post office was expecting a large increase in the volume of mail being sent due to mail in voting for the Nov. 3 elections.

In this election year, the topic of mail-in voting has been much debated. With the outcome of Joe Biden being the president-elect, a large part of his victory has been credited to mail-in ballots. This has led some people to questioning their validity and authenticity. On the other hand, many felt that in the midst of a global pandemic, it was an important method of ensuring that every person had the right to vote for the candidate of their choosing.

“I think that anyone should have the option to send in an absentee ballot,” Cleveland State University student Ivy Power said. “If you live in this country, you should have a chance to voice your opinion on who is governing you, especially if you are at high risk during a pandemic.”

The United States’ number of confirmed cases continues to surge, reaching over 8 million and the total deaths exceeding 250,000.

People who are at high risk for contracting the illness were seeking ways that would ensure their vote would count without having to worry about risking their lives. Many used absentee and mail-in ballots during these unprecedented times.

There has never been a greater need for others to vote than this election.

In 2016, only 58% of eligible voters actually voted. With a global pandemic people were scared. Those who grew up with asthma, regularly develop bronchitis, have scars in their respiratory systems, have autoimmune diseases and go about with pre-existing conditions that make it difficult and terrifying for them to go out to the polls wanted their voices to be heard.

The ability to vote is our greatest tool in terms of our democracy. We take the systems and governments that help to fuel our country and we get to decide who runs them for the next four years. Somebody’s voice should not be taken away because they are using an alternative method to voting in the polling stations.

There are people who felt that mail-in voting was a fraudulent way of voting, claiming that multiple votes endorsing a particular nominee would be cast or that the votes would be lost in the mailing system, citing stimulus checks being mailed to the homes of deceased residents.

Multiple ballots being sent by one party is illegal and there would need to be a signature in order for the vote to properly count.

The post office was expecting a large increase in the volume of mail being sent due to mail in voting. They intended to prioritize the proper handling of ballots to ensure that every vote is accounted for when Election Tuesday rolls around.

And if, because of the increased volume of mail-in ballots, a certain candidate won, that doesn’t immediately discount them as fraudulent or invalid. In the democracy of America, mail-in ballots have always counted just as regularly as any other vote. It’s how our system in the electoral process has always worked.  First the polling station votes get counted, then the mail-in ballots.

“For people with high risk, it should be a more definite and reliable option,” Cleveland State University student Andrew Sperhac said. “It shouldn’t be as villainized as it is.”

Everyone across the globe has been affected by the COVID-19 pandemic and the crisis is far from over. Yet with all the tension and all the stresses of the world, it is important for people to be able to express their opinions when it comes to the governing of their country. It is crucial that those who are high risk to have the option and are given the tools and resources for them to effectively vote through the mail, so that they can be proud of the contribution they made to their society on Election Day, regardless of the results.