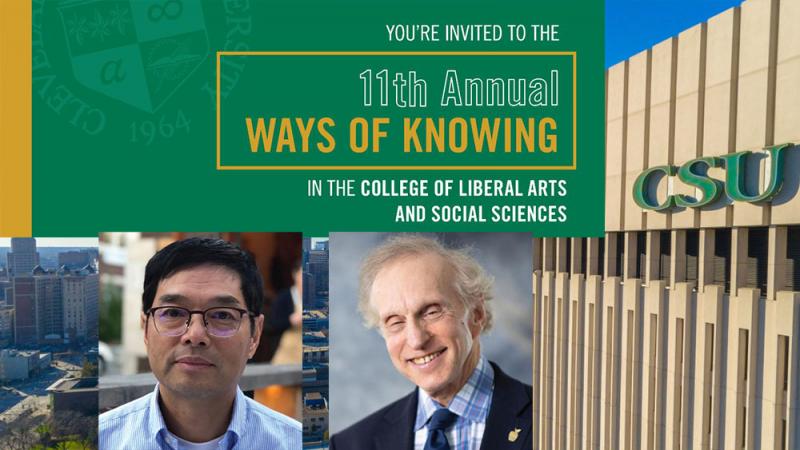 Dr. Qinshan Tan and Dr. Richard Perloff addressed social justice in China and audience hostility to the news at the 11th Annual Ways of Knowing event, which CSU’s College of Liberal Arts and Social Sciences hosted on March 24.

Dr. Tan is a professor of political science, scholar of Chinese politics and grassroots governance, and author of two books. He spoke about a social survey he and his colleagues conducted through Jilin University on public attitudes to social justice and equality in China.

“China obviously now has grown into the second largest economy in the world, but at the same time China also has seen its social inequality growing into one of the worst in the world,” Tan said.

He said one of the major political objectives and beliefs across China is the demand for social equality.

He also said the Chinese tend to believe that the outcome of social justice is more important than procedure or how justice is achieved. He used this as the basis for the survey they conducted.

The survey was conducted in eight provinces in China and was done by face-to-face interviews by several dozen students from Jilin University.  He explained the most important finding of the survey.

The second speaker was Dr. Perloff, a professor of communications, scholar of persuasion and political communication, and author of several books. He discussed the hostile media effect.

Perloff spoke about how this affects many people with strong views on issues like climate change, abortion, and police behavior. He noted research which indicates republicans and democrats view the news as being biased against their side.

“When you look at a lot of studies my colleagues have done, you find that democrats will perceive the news as pro-republican, republicans are convinced it’s pro-liberal,” Perloff said.

He also explained that there is a reason why this affects people.

“Psychologically people tend to recall information that is negative to their side,” Perloff said. “People tend to remember the negatives, people even think there is a neuro-scientific basis to that.”

Perloff explained that in contrast this psychological effect does not affect people who have generally neutral views.

You can find more information here on upcoming events in the College of Liberal Arts and Social Sciences at CSU.