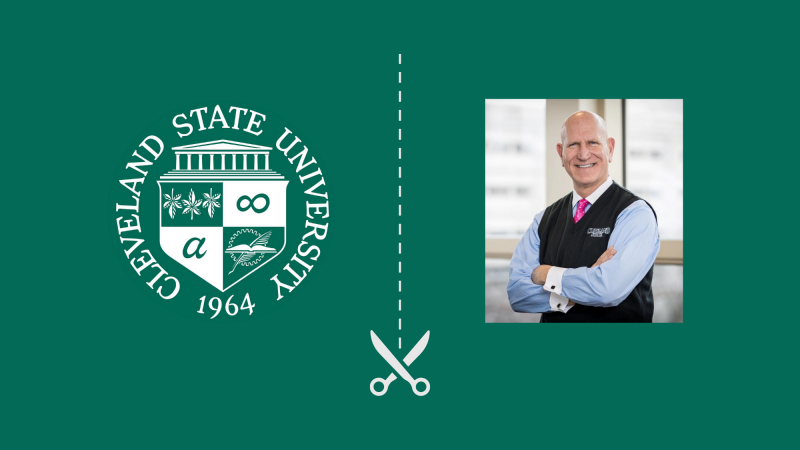 The former CSU president has 7 days from April 26 to revoke his signature on the severance package. But if he does contest the terms of his departure, he risks losing it all.
By MARY DUDZIK

Former CSU president, Harlan Sands, will receive $928,200 for stepping down from the post according to his separation agreement with the university. The sum equals two years of Sands' annual base salary.

Sands and CSU parted ways, sort of, on April 26, when he agreed to step down as president over differences about how the university should be led. However, under the terms of his exit as president he has the option -- which was part of his existing contract -- of moving to a tenured faculty position in the Cleveland-Marshall College of Law where he would start at $348,075, 75% of his annual presidential salary, $464,100. The terms of Sands' separation agreement were first reported by WKYC.

David Kielmeyer, Interim Vice President of Marketing, confirmed that Sands does plan to teach in the law school, beginning in fall 2022.

The former CSU president has seven days from April 26 to revoke his signature on the severance package. But if he does contest the terms of his departure, he risks losing it all.

When CSU and Sands "agreed to amicably end" Sands' presidency earlier this week, it was unexpected. In April 2021, the CSU Board of Trustees extended his original contract -- which ran from May 2018 to June 2023 -- for a further three years through to June 20, 2026, at the time citing its great confidence in the president.

What happened between April 2021 and now is not clear as the board's email on April 26, 2022 to the university community lacked any specifics about what triggered the change in mood, only that it was time to move on.

The board replaced Sands with Dr. Laura Bloomberg, who will be the eighth president of Cleveland State University and only the second woman to hold the position.